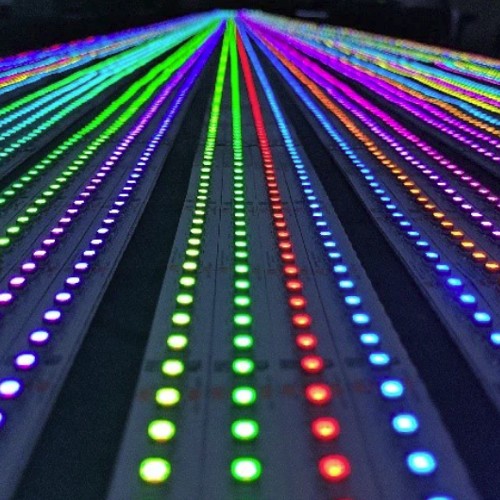 Neon goalposts are set to light up AFLX when the three-day tournament begins tomorrow in Adelaide.

Every time a goal or a Zooper goal is scored in AFLX, the posts will come alive with a number of flashing neon lights.

The concept is similar to the one adopted by T20 cricket, with the stumps and bails lighting up each time a wicket falls.

The LED light strips are being installed at Hindmarsh Stadium, Adelaide on Wednesday evening on both the front and back of the goal posts.

Once the first tournament is completed, the neon lights will then be transported quickly to Melbourne's Etihad Stadium in time for Friday night's action. They will then be brought to Sydney's Allianz Stadium on Saturday.

The flashing goal posts are just one of a number of concepts the League has introduced for the launch of the inaugural tournament.

Acrobats, fireworks and live music acts are also set to light up the event.

Fresh off their five-month world tour, Mashd N Kutcher are set to perform their new single 'Need Me', as well as 'My Sunshine', which was recently the No.1 most played track on Australian radio.

On Wednesday, the pair were made honorary Lions after they were presented with Brisbane guernseys by AFLX coach Ben Hudson and defender Tom Cutler.