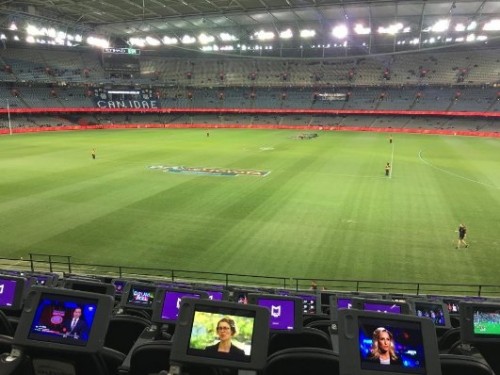 With the AFL Finals series to commence this weekend, the code has advised that a new crowd attendance record has been achieved in the home and away season with a total of 6,732,601 fans going to an AFL game this season.

Commenting on the figures, AFL Chief Executive Gillon McLachlan stated "we are extremely proud of our fans in breaking this record.

"Beyond the competitive season, breaking the all-time attendance record is a combination of our clubs and our venues being focused with us in engaging fans and delivering a great match day experience.

"We look forward to the final games of the home and away season, five matches that will help shape the final eight as we embark on an exciting September."

The season got off to a flyer when attendance records were set in round one after 400,401 people went to those matches.