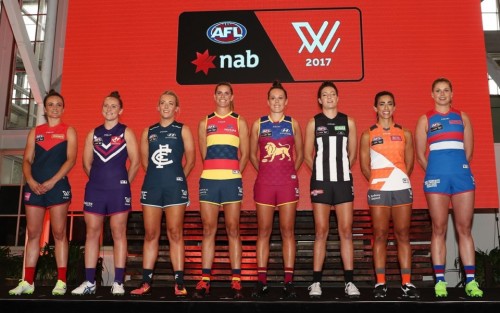 The AFL Womens competition will expand to 14 teams for the 2020 season, with North Melbourne and Geelong to join in 2019 and Richmond, West Coast, St Kilda and Gold Coast following 12 months later.

While Hawthorn and Essendon had their applications to join the expanded competition rejected by the AFL Commission, they are likely to be added as early as 2021. Port Adelaide and Sydney are yet to apply for a licence but it’s expected they will eventually follow the lead of rival clubs.

In joining the competition, the Roos are expected to host some games in Tasmania and will draw upon the talent pool from the State. Several factors helped Geelong and North Melbourne over the line for 2019, including the fact that both will play in the women’s VFL next year.

Announcing the ambitious plan AFL Chief Executive Gillon McLachlan stated “I think the real clincher was to have regional presence that we don’t currently have.

“(North Melbourne’s addition) is a real win for female football in Tasmania, and clearly Geelong represents a huge region of participation for us.

“Both of their submissions were outstanding. They had a very clear plan and a lot of things bolted down.”

Hawthorn had also signalled their intention to play in Tasmania, with the men’s team already hosting games in Launceston. However, neither they nor Essendon had the benefit of a provisional licence after electing not to apply during initial submissions.

McLachlan added “there were so many competing forces in all of the submissions.

“They contemplated supporter base, financial scale, regionality, facilities, organisational capacity, how long their commitment has been to women’s football.

“I know that Essendon and Hawthorn will be disappointed. There is though an opportunity for them to have a licence as early as 2021.”

McLachlan confirmed there were no plans to make supporters pay to attend games in 2018.

He also advised that he expected the quality of play to increase with a deeper talent pool for teams to select from, adding “I think you’ll find ... with the injection of talent and with another pre-season under the womens’ belts, the standard will increase.

“We look forward to taking games nationally to different venues and different spots. We will take the game to places it hasn’t been and we’ll look forward then to the expansion in 2019.”