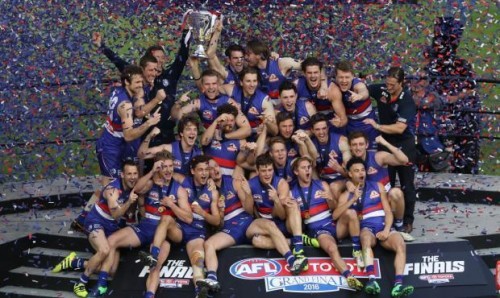 AFL players are to receive a 20% pay rise this season after agreeing to a new six-year deal with the league worth $1.84 billion that, for the first time. ties their wages to competition revenue.

The deal sees players set to receive 28% of projected AFL revenue, minus some exclusions. They will also get an additional share of forecast revenue from the AFL and the clubs.

Club salary caps will rise from $10.3 million to $12.4 million next season, giving some the wiggle room to chase a big name player in the off-season.

The pay increase will come into effect immediately for players who have a clause in their current contract tying their wage to the bargaining agreement, which is about 50% of them.

The deal excludes money made from the AFL Womens competition, non-football revenue, government grants and donations.

AFL Commission chairman Richard Goyder said the league was focused on investing in players, community, clubs and fans, stating "this agreement is absolutely central to that, lives with that and is central to the industry's future success and stability.'

"AFL players play the toughest, fastest and most spectacular game in the world and they deserve to be genuine partners in the success of the game and well rewarded for that.

"I can't see how you can describe it as anything other than a win-win."

Former Fremantle Dockers star and now AFL Players' Association President Matthew Pavlich said the players had a list of conditions that had been addressed during negotiations.

Pavlich stated "things such as player development and welfare, injury payments, past player hardship, travel, leave and other work conditions as well as diversity and inclusion, will ensure the game remains the best in the country.

"For the first time in the game's history, the players' wages will be tied to industry revenue. It's a fantastic outcome that the players were steadfast in achieving.

"Players current, past and the future all stand to benefit from this deal."

Pavlich added that more than 99% of players who voted supported the agreement.

The system of player earnings fixed to revenue is not uncommon in major sports around the world. NBA players get about 50% of basketball earnings, while in the NFL players get 47%.

There are currently eight players earning $800,000 to $1 million in the AFL, and the new deal means anyone on $840,000 instantly joins the million-dollar club.

Six players were on more than $1 million before the changes.

The deal is in contrast to pay negotiations engulfing Australian cricket, which are becoming increasingly bitter.

Image: The Western Bulldogs celebrate after the 2016 AFL Grand Final