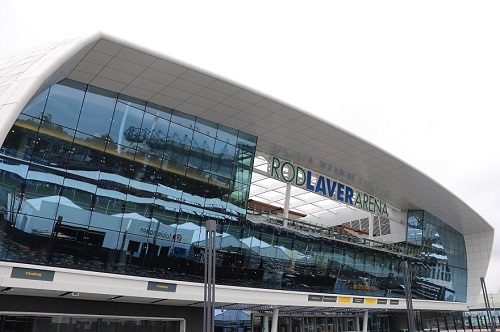 With just days until the first ball is served at the Australian Open 2019, Melbourne Park is ready to host the biggest names in world tennis.

With the venue currently undergoing a $972 million upgrade, this year sees the first full use of he new Eastern Annexe at Rod Laver Arena, dubbed the ‘Player Pod’, delivering a whole new welcome experience with a grand entrance and expanded concourse to one of Australia’s leading sport and entertainment venues.

Rod Laver Arena now has greater protection from inclement weather with the newly upgraded retractable roof which can open and close in under five minutes.

It will feature the world’s best tennis stars such as Serena Williams and Roger Federer, and home-grown aces Ashleigh Barty and Alex de Minaur.

Some of Australia’s biggest music acts and artists from around the globe will be performing at the AO Live Stage, starting on the eve of the tournament while this year’s Open will also debut the inaugural AO Sports Film Festival.

Each year the Australian Open injects more than $290 million into the Victorian economy and creates more than 1000 jobs, making it one of the most significant major events in the state.

Work on the final stage of the upgrade will start after this year’s Australian Open and includes a new multi-purpose 5,000-seat show court arena and a new function and media centre.

This guarantees the Australian Open will remain in Melbourne until at least 2036.

Image: The new Eastern Annexe at the Rod Laver Arena, courtesy of Sport and Recreation Victoria.