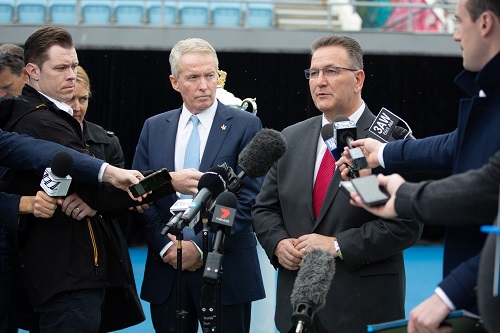 Organisers of the Australian Open grand slam tennis tournament have pledged to deliver the “world’s best player facilities” at the 2019 edition of the event, having, as part of the ongoing Melbourne Park redevelopment, recently completed work on training, treatment, dining and relaxing areas.

Set to open for the 2019 tournament, the four-level ‘Player Pod’ on the east side of the Rod Laver Arena will offer up to 30% more space for competitors in a dedicated player zone.

Speaking at the 2019 Australian Open launch, Tournament Director Craig Tiley advised “the players are the stars of the Australian Open and have voted the tournament as their favourite grand slam.

“Over the past few years we’ve spent a lot of time consulting with players, coaches and other stakeholders to drill down even further on what the players want, and what they need so they can perform at their very best.

“More space, places to relax and prepare quietly for their matches, state-of-the-art training and treatment facilities and of course, fantastic food, are all important to them.” 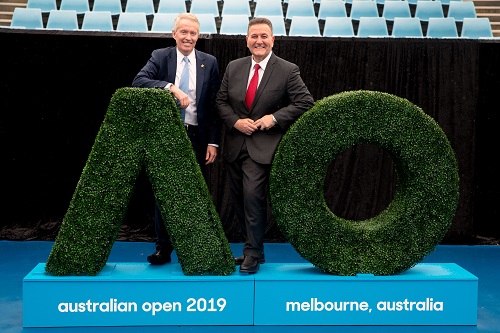 The development is part of $972 million Victorian Government program to upgrade Melbourne Park to ensure it remains the most accessible and most successful tennis venue in the world.

This investment has guaranteed the Australian Open will remain in Melbourne through to at least 2036 and makes Melbourne Park one of the best music and entertainment venues in the world, hosting 300 events annually and attracting 2.5 million patrons.

For the first time in 2019, the Australian Open will be a declared major event under the new ticket scalping legislation meaning it will be illegal to sell or advertise tickets to the event for more than 10% above the ticket’s face value.

The legislation has already had success during the 2018 AFL Finals Series where around 250 tickets were taken down from re-sale websites and 175 people or organisations are now under investigation and facing fines ranging from $806 up to $483,500. 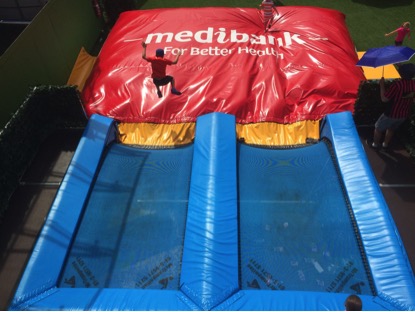 “The Australian Open is not just a showcase of the world’s best tennis players, it brings in thousands of people from interstate and overseas who boost our economy and support out local businesses.”

Entertainment during the tournament at the AO Ballpark is also to be expanded in 2019 with a giant waterslide, climbing walls, free entertainment and for the first time, professional onsite childcare.

Construction on the final stage of the Melbourne Park Redevelopment will start after the Australian Open 2019.

The 2019 Australian Open will take place from 14th to 17th January next year.