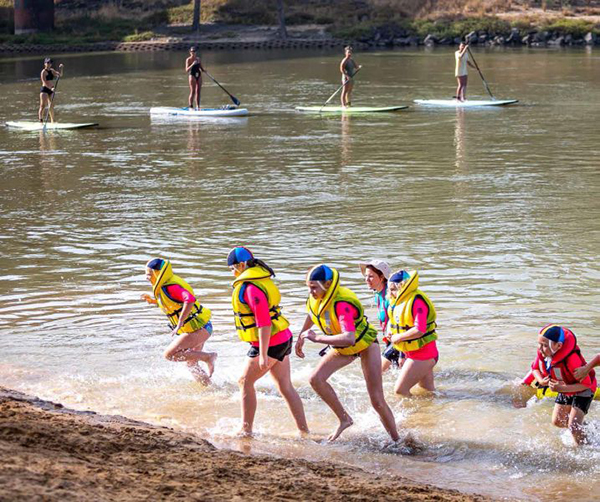 More than 100 children aged between eight and 13 years engaged in weekly sessions at Wagga Wagga Beach where they were instructed in various activities focused on safety at the Murrumbidgee River.

Educators from the Oasis Regional Aquatic Centre and volunteer parents and carers committed to delivering the RLSNSW program.

Mayor of the City of Wagga Wagga Greg Conkey congratulated all involved in bringing the program to fruition, and said he hoped to see it rolled out again in Wagga Wagga and other inland regions.

RLSNSW Riverina Regional Manager Mick Dasey said the program was a success with about 110 youngsters learning basic water safety and resuscitation skills in a fun and team environment.