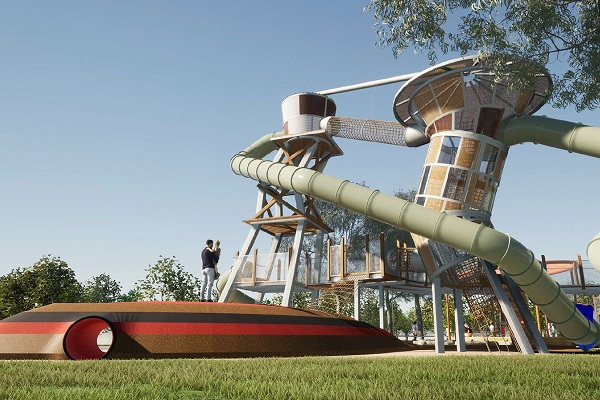 The Council has received four concept designs from playground suppliers for the $2 million installation, which will be constructed as part of its Riverside Stage 2 project.

The Council’s Strategic Assets Planner Parks and Recreation, Ben Creighton said the plan is for the delivery of a ‘regionally significant” playground for the city, advising “as part of Riverside Stage 2 we will be constructing an all-abilities play space that will be unique for a regional centre.

“It is uncommon to see a playground of this scale outside metropolitan areas, in terms of the number of pieces and the type of equipment that will be installed as part of the playground.

“All four concept designs received by Council include a mix of standard playground equipment, while each also features some bespoke elements, which would be a first for this city.

“We expect the playground will become a major drawcard, bringing people to the Riverside precinct from across the city and broader region.” 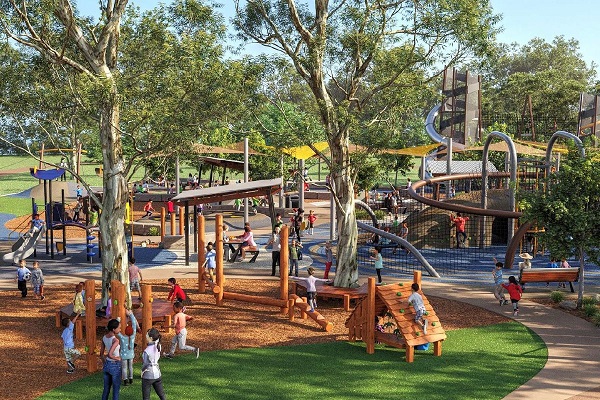 The Council has also advised that having investigated the potential inclusion of an aquatic play park/splashpad as part of the project, it was found that it would not be practical.

Advising that several factors influenced this, the Council’s Director Regional Activation, Michael Keys explained “Council worked closely with contractors to develop options to create a major community facility that is unique and will attract visitors from across the whole region and beyond. Underlying this is the need to be practical in terms of installation and ongoing cost and maintenance.

“In light of this we have determined that the best outcome from an operational point-of-view would be to incorporate a water play park into the design concept for the Bolton Park Precinct Masterplan.

“We already have the infrastructure for water treatment, maintenance and testing in the Bolton Park precinct, and experienced staff located at the Oasis Regional Aquatic Centre who can manage those tasks.” 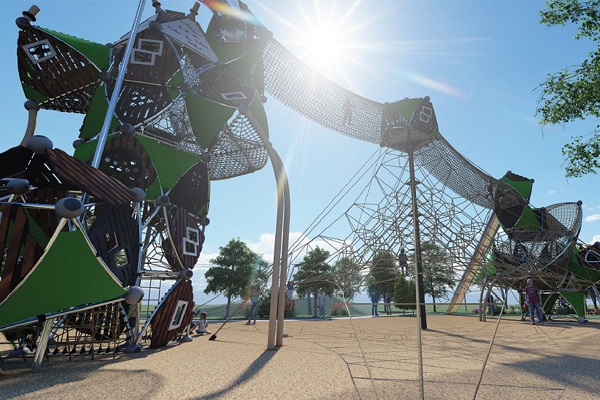 The design concept for the Bolton Park Precinct Masterplan process is expected to be put before Council in late March.

The Wagga Wagga community now has the chance to choose one of the four Riverside playground concept designs as their own preferred concept, with Creighton adding “a survey with images and details on each option will be on the Riverside page of Council’s website for the next two weeks. 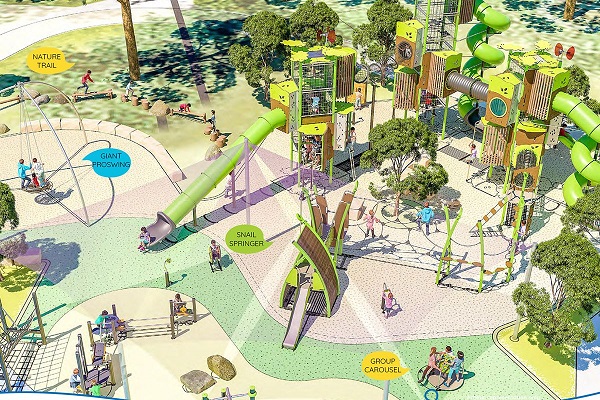 “We are encouraging residents to go online and view these designs and tell us which concept they like the most and why.

“These are really exciting concepts and we want to give the community the opportunity to give us their feedback.”

The project, which has a total budget of $9.93 million is being funded by NSW Government’s Restart NSW ($5 million), the Federal Government’s Local Roads & Community Infrastructure Fund ($3.08 million) and Wagga Wagga City Council ($1.85 million).

Voting on the proposals ends at 5pm on Friday 19th February 2021.

Option 1: This design concept, titled ‘The Murrumbidgee’, is in the shape of a goanna. The playground features towers, representing a water tank and a silo, climbing embankments, an elevated walking deck with swings underneath and shade pods above some of the play elements.

Option 2: This design concept presents a multi-themed adventure playground inspired by parts of Wagga Wagga’s history, from the paddle steamers which traded along the Murrumbidgee River to the Whirly Wizz water slide.

Option 3: This playground concept is a large-scale play space inspired by key events and features of Wagga Wagga’s history and present day, with the Murrumbidgee River at its heart.