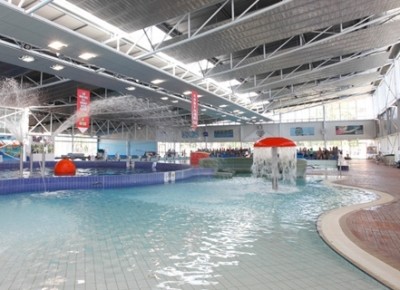 A year after Simons Green Energy installed a 229kW Cogeneration System at the Oasis Aquatic Centre in Wagga Wagga, results show that the investment in cogeneration was a wise choice.

Back in 2013, Wagga Wagga’s Oasis Aquatic Centre identified the need to upgrade their conventional heating system to reduce their current and projected energy costs as well as cutting carbon emissions.

The Centre operates seven days a week offering a wide range of aquatic programs in facilities that include a 25 metres indoor pool, a 50 metres outdoor pool, a beach and water leisure areas, a turbo pool, a sports stadium and a children’s playground.

A thorough post implementation review was carried out comparing the electricity charges pre and post installation of the cogeneration system. The estimated payback for the system is just over two years while carbon emissions have been reduced by 945 tonnes a year

The usage of gas has increased slightly from 1,114GJ per month compared to 1,616GJ per month post installation resulting in an increase in gas expenditure from $12,140 to $17,435 per month. The cogeneration system is fuelled by natural gas but supplements the existing gas fired hot water boilers.

With the total investment of the system including installation of $373,636 and factoring in maintenance costs, an estimated payback of just over 2 years has been achieved.

Cogeneration is the simultaneous production of two forms of energy- electricity and heat, from a single fuel source. The waste heat produced in cogeneration can be used for space heating, domestic water and pool heating, and process hot water and steam.