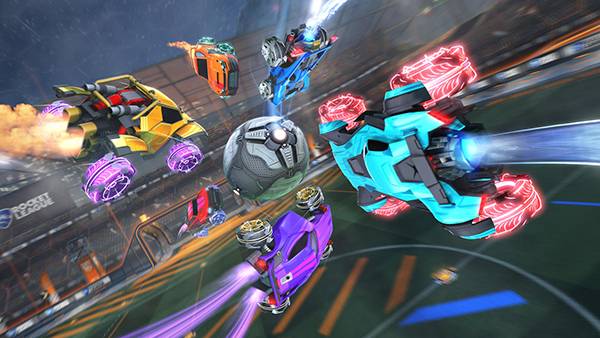 An inter-city Esports challenge has been launched by City of Wagga Wagga to rival cities Albury and Griffith in the inaugural Riverina Esports Cup.

The Mayor of the winning city which claims the inaugural Riverina Esports Cup will have the right to demand his “opponents” wear an article of clothing promoting the winning city for one week while on mayoral duties.

A social media post on that Council’s channels will also be posted of the Mayor in the winning city’s branding, and shared by the winning Council.

Mayor Conkey shares “it will be great to see Kevin and John wearing a Wagga Wagga hat or t-shirt to work. It’s very important my mayoral counterparts get the opportunity to recognise what a great regional city Wagga Wagga is … and how we can benefit the communities of Albury and Griffith.

“There’s always been strong rivalry between all three cities in traditional sporting challenges, so I’m laying down the gauntlet for our first ever esports tournament … it’s something worth fighting for.”

Albury Mayor Mack is confident the border town’s gaming constituents are well prepared and will take a leading role in the tournament musing “if it’s leadership you want then Albury is up for the challenge.

“Greg and John will look great in my selected clothing items. What a great initiative to bring our communities together in difficult times.

Councillor Dal Broi understands his city is the “light weight” in this contest but nonetheless remains upbeat about his chances commenting “when Greg and Kevin get to wear their Griffith hats or t-shirts they will be able to reflect that Griffith is a great city offering a lifestyle they can only envy.”

Registrations for the tournament, which starts on 28th September, opened on Friday 11th September for two of the most popular esport games – Counter-Strike: Global Offensive (18+) and Rocket League (13+).