Kayo to stream lower tier sport at no cost 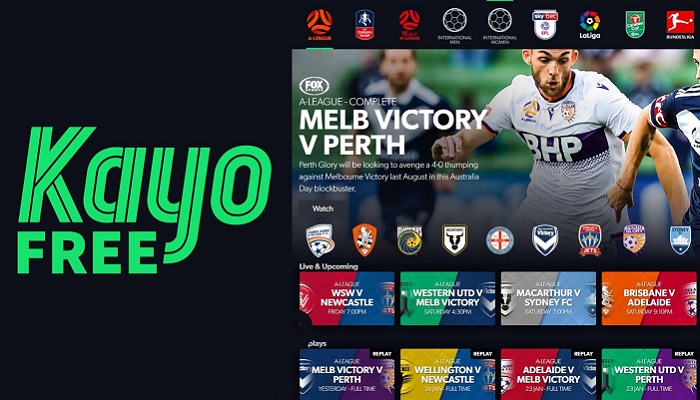 Kayo’s headline offerings will be the Victorian Football League and rugby league’s and Intrust Super Cup - feeder competitions for the AFL and NRL respectively - along with the National Junior Basketball Championships, which over 770 young basketballers are set to compete in this year, the Women’s National Cricket League and other local sports competitions.

The free-to-view platform will stream at least two exclusive VFL games per round and one exclusive Saturday fixture per round of the Intrust Super Cup.

Stating that the arrangement would be a boost for community sport after a challenging year, Kayo Sports Marketing Director, Kim McConnie stated “Kayo’s decision to stream local sports competitions aims to bring national exposure to sporting clubs all over Australia as they get back on their feet after a 2020 season drastically impacted by the pandemic.

“Local sport is not only critical to the sporting landscape in Australia, but is often the centre of communities across the country, and we are proud to give so many local leagues the platform they deserve and showcase their talent next to the elite, professional competitions.”

AFL Head of Talent Pathways and State League Competitions, Tristan Salter added “all 22 clubs play a vital role in keeping their suburban and regional networks engaged. They are pillars of their local communities and so important to growing and nurturing our national code.

“Kayo’s new streaming offering to state league competitions is a real boost for the VFL across Victoria, New South Wales and Queensland and we know the legion of supporters are looking forward to the return of the VFL season and there is much for fans to look forward to, whether that be attending matches or watching on Kayo.”

Rohan Sawyer, Chief Operating Officer at Queensland Rugby League, which runs the Intrust Super Cup, went on to say “we are seeing a real shift in engagement across competitions that feed into the elite game and making that content available live and free to fans drives immense value back to our game. Kayo have clearly identified this early and we look forward to working with them on increasing this offering.”

In addition to streaming local sports leagues, Kayo is also launching a new campaign to support community sports clubs across the country.

Along with the new partnerships, Kayo will also give away 50 grants of $1,000 to local rugby league and AFL clubs across NSW and Victoria, as well as complimentary 12-month Kayo subscriptions to any local sports club in Australia.