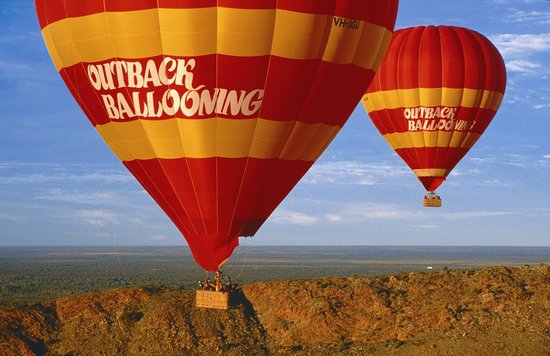 The High Court has ruled that Central Australian hot air balloon operator Outback Ballooning can be prosecuted under Northern Territory laws over the death of a woman guest in 2013.

Sydney woman Stephanie Bernoth, aged 35, was fatally injured when her scarf was sucked into the inflation fan as she was boarding the balloon for a sunrise flight near Alice Springs.

Passengers had reportedly been advised to wear beanies, scarfs and gloves, because it could be chilly at that time of day. Stephanie Bernoth wore a long scarf, wrapped twice around her neck, tied loosely at the front.

With the fan inflating the balloon, as she followed three others in approaching the basket, she passed by the inflation fan. The long lightweight tassels on her scarf were sucked into the inflation fan, causing her to be dragged towards the metal guard around the fan. The scarf was pulled tightly around her neck as it became entangled in the fan.

She later died in Alice Springs Hospital from the injuries sustained.

Following her death Northern Territory authorities were blocked from charging the company over the fatality by the courts, which found any alleged offence was not covered by local law but rather governed by Commonwealth safety laws. 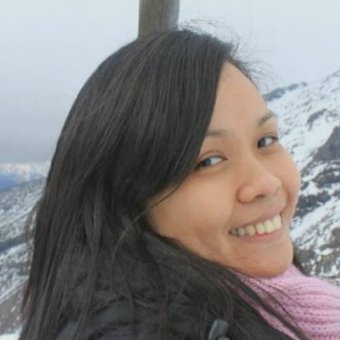 However, the High Court allowed an appeal by the Northern Territory Work Health Authority (NTWHA) that they should be allowed to pursue charges the company failed its duty of care.

The High Court ruling marked the latest chapter in a long and complex legal tussle which has continued intermittently since Stephanie Bernoth's death.

Outback Ballooning, which was bought by pilot Jason Livingston just days before the tragic incident, has faced litigation over the matter in both the Northern Territory Local and Supreme Courts, before the deliberation finally made its way to Canberra's High Court in 2018.

In 2014, the NTWHA took the matter to court, accusing Outback Ballooning Pty Ltd of failing to comply with its duty under the Work Health Safety Act.

It said the company did not adequately warn passengers about loose clothing, scarves and long hair; nor ensure those hazards were eliminated while boarding the balloon.

It also alleged the company had failed to isolate the inflation fan by setting up an exclusion zone or barrier.

A 2015 Australian Transport Safety Bureau (ATSB) report into the fatality found the mesh and steel tubing guard around the inflation fan's blades was ineffective. 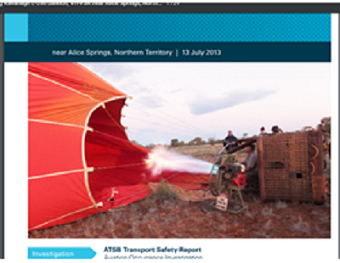 The NTWHA challenged that decision in the Supreme Court, contending that Commonwealth aviation regulations did not relate to the safe use of equipment, such as inflation fans.

Justice Bamber's order was then overturned, and the matter listed once more for Local Court.

While Outback Ballooning successfully appealed this, the NTWHA pursued the matter, and it was listed for the High Court to determine its validity.

Tourism lawyer Anthony J Cordato has suggested that the balloon operator is now liable for a fine of up to $1,500,000, advising “this is in addition to its civil liability to compensate Ms Bernoth’s estate for her death.”

Cordato also stated “the moral is - don’t wear a scarf on a hot air balloon flight unless the tassels are completely tucked in because it puts the passenger at risk of injury or death and the operator at risk of a large fine.”

Images: Outback Ballooning (top, courtesy of TripAdvisor), Stephanie Bernoth (middle) and an image believed to show the actual balloon as it started to inflate. Note how closely the fan is positioned to the basket (below).