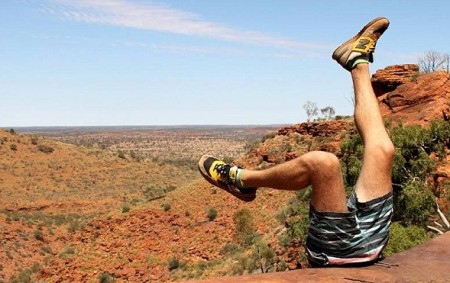 A coronial inquest into the death of a 23-year-old British tourist at Kings Canyon near Alice Springs last year has heard that safety training for many central Australian tour companies is minimal or non-existent.

Zoe Woolmer was visiting Kings Canyon with The Rock Tour Company in June 2014 when she fell to her death at Kestrel Falls.

The inquest heard that minutes before her fatal fall, Woolmer and other members of the tour group were shown by their guide how to "safely" shuffle onto a ledge.

Coroner Greg Cavanagh read an email to an investigating police officer in which Cooper said the process of sliding down to the ledge at Kestrel Falls as "general practice" during guided tours in the area.

Cooper stated "it happened so much that no particular time stood out to me. All I can say is that it was general practice, and guides took part in these photo opportunities at Kestrel Falls.

"If you take a photo at the right angle... it looks like the passenger is falling off the canyon.

"What people don't know is that there's a little ledge below, and you can actually jump off the edge onto the little ledge."

Cooper said The Rock Tour Company provided its guides with training at three or four different plant and rock formations on the Rim Walk.

He added "there was no other training on that walk involved. No other safety training involved." 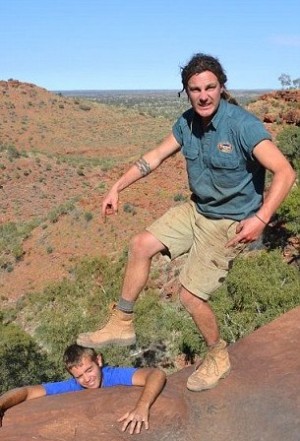 Another long-term guide, Timothy Hall, told the coroner that he was instructed by management at The Rock Tour Company to take photographs of visitors performing the stunt at Kestrel Falls ledge.

Hall explained "I was simply told that it was a requirement to bring a memory card (back from the tour) with these photos."

Hall said he later made the decision to stop showing his guests the hidden ledge after he decided it was too dangerous.

He told the coroner that in his opinion, safety training for many of central Australia's tour companies was minimal or non-existent.

Counsel assisting the Coroner Kelvin Currie said in his opening remarks that a key issue to be examined by the inquest would be how much training was given to tour guides.

Yesterday, the inquest heard from witnesses and the tour guide who led the group in which Zoe Woolmer travelled, Rebecca Gethen, who was distraught when she gave her evidence.