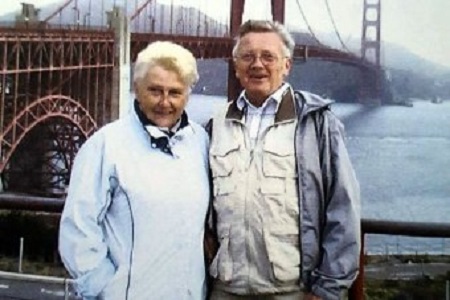 An inquest into the deaths of two German tourists who died while hiking in Central Australia has heard this week that a search was not launched until more than a day after their disappearance, because they were mistakenly believed to be camping overnight.

A detailed itinerary made by the couple described plans to visit Emily Gap and Jessie Gap, before travelling 100 kilometres east of Alice Springs to Trephina Gorge, where they had intended to complete a one-hour hike.

Only a few hundred metres into the journey they missed arrows that would signify the track, and wandered off the path and out of the national park.

Their bodies were discovered days later.

A boundary fence that signified the edge of the park and was mainly used to deter livestock from entering the area had washed away in flooding only two weeks before.

During the inquest, park ranger David Wilkinson said the fence was due to be repaired on 13th February, three days after the couple set off on their ill-fated hike.

Wilkinson said he saw the couple's car arrive while he was spraying for weeds on the morning of 10th February.

The following day, as he was about to drive into Alice Springs with his family just before midday, he was approached by two tourists who told him they had noticed the same car had been parked there since the previous day.

The inquest heard Wilkinson had assumed the people in the car had decided to complete a longer hike to another campground and stay overnight, but told the tourists he would check on the car when he returned that evening.

Wilkinson told the inquest he found their footprints leading out beyond the boundary fence, but decided to turn back after travelling three kilometres down the riverbed as it was becoming dark.

Upon returning to the ranger station he phoned Northern Territory Police, but pathology results suggest by the time the alarm was raised, the couple may have already been dead.

Mr Thor was found about 10 kilometres away from the car park where the couple first set off, while his wife was found only 2.5 kilometres from their starting point.

Footprints found by investigators suggest the couple were travelling along a riverbank when they became separated.

Mr Thor is believed to have turned around to look for his wife, who headed up the bank and was found on higher ground. 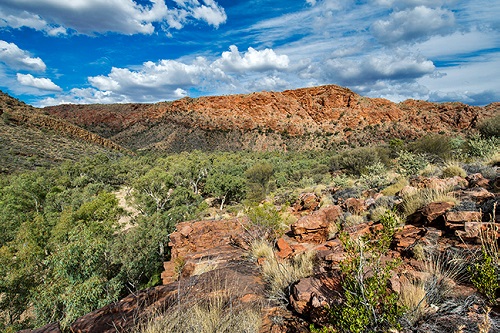 For the couple's children, Michaela and Matthias, how and why their parents became separated may remain unsolved.

Michaela Thor told the ABC “that is one of the questions we have no answer (for).

"For me, the best explanation for it is that my mum may have become disorientated to leave the river.

"She must have been very dehydrated. I don't know if she was able to think clearly when she left the river."

The inquest heard Mrs Thor usually relied on her husband to navigate, and their children did not believe their decision to split up was intentional.

Michaela Thor “you see in the footprints that they spent most of the time together.

"What I can imagine is my mother was nearly collapsing or something, and my dad said 'sit down and I will walk alone'.

"That I can imagine."

Both bodies were eventually spotted by helicopter searches of the area.

Police Constable Emily Reynolds was the first to attend to Mrs Thor's body on 14th February - four days after they embarked on their journey - in thick grass near a fire break.

She told the inquest Mrs Thor was underneath a bush and had her 600ml water bottle beside her.

Constable Reynolds stated “it appeared as though she had been sitting on the ground and had toppled over ... (it was as if) she had fallen asleep."

Constable Reynolds told the court she attempted to take photographs of the scene where Mrs Thor was found, but her phone shut down due to the extreme heat during the middle of the day.

Queensland Police believe the couple had already been dead for several days by the time their bodies were found.

The couple's children travelled with the coronial inquest to Trephina Gorge on Wednesday morning to see where investigators believe Mr and Mrs Thor first wandered off the track and out of the national park.

Michaela Thor said it was a "tough experience" being back in the Gorge, but it was important to her that the inquest visited, adding “to have a feeling of what they might have felt and see the ways they walked.”

Matthias Thor told the inquest that while he hoped subsequent improvements to signage throughout the park would prevent a similar tragedy from occurring, he would also like to see mobile GPS applications promoted to hikers visiting the region.

He stated “everything is now clearly marked and it's much better than it was, so it's really improved.

"The apps are easy to use, free of charge, available, [and] in the unlikely event you may get lost, just switch it on and follow the arrow back to the car park or the road."

He thanked the central Australian community for their support in the aftermath of his parents' deaths, which he said proved "people were really caring about this".

The Coroner is expected to report his findings before Christmas.