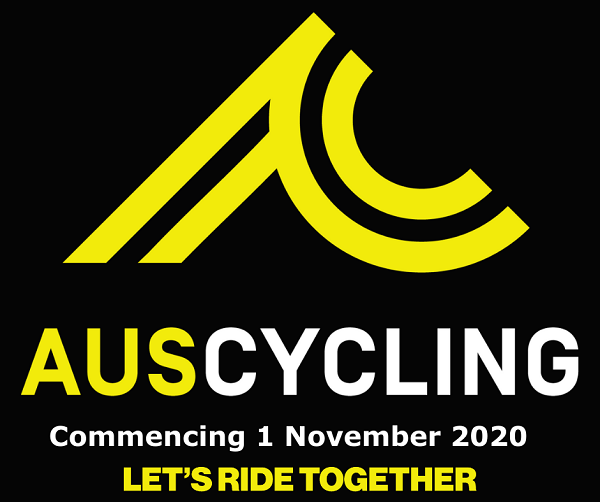 Following a year of turbulence, 1st November will see cycling in Australia enter a new era with 16 legal entities representing the sport at national and state level across four disciplines - track, road, mountain bike and BMX - coming together to form a single governing body, AusCycling.

To those seeking reform of the sport’s governance an overhaul has been long overdue.

In 2018, consultancy Ernst & Young undertook a review that described cycling as “fragmented in its structure, strategy and delivery”.

As reported by Guardian Australia, it has also been estimated that unifying the sport will deliver $2 million in efficiencies and synergies while the united sport would also have a stronger advocacy voice and be a more attractive commercial proposition.

However, as Kieran Pender wrote in Guardian Australia last Thursday “the road to AusCycling has been littered with potholes. To undertake such a seismic governance restructure, each of the three national sporting organisations (BMX Australia, Cycling Australia and Mountain Bike Australia) required member approval.

“While Mountain Bike Australia did not have a federal structure, and quickly secured overwhelming member support, both Cycling Australia and BMX Australia needed a 75% vote - approval from six of the eight state and territory bodies - to unify. In turn, those constituent bodies required approval from their members.

“Not all stakeholders have supported the unification, which will see the constituent bodies lose their legal and financial independence. Late last year it seemed AusCycling was doomed before it had even begun, when three state members of BMX Australia voted against the proposal. But in February, BMX Australia formally endorsed the merger following a revote at BMX NSW.

“Cycling Australia faced even greater resistance. At its initial special general meeting in March, Cycling NSW, Cycling Tasmania and WestCycle all voted against the reform. Opposition was often heated - much vitriol was vented on social media, while then-CNSW Chair Glenn Viger told Guardian Australia that the AusCycling proposal had ‘big holes’. For a time, it seemed AusCycling would proceed without track and road cycling - arguably its two most high-profile disciplines.”

However, earlier this month, Cycling Tasmania reconvened another vote - which this time approved the merger. On Saturday 19th September, another Cycling Australia vote saw the unification pass, with WestCycle abstaining and CNSW again voting against.

Following the 19th September vote, AusCycling released a statement advising “this is a monumental day for cycling in Australia (that) achieves a significant change to sport governance in Australia and positions cycling for the future, creating the greatest potential to provide benefits and opportunities for all who ride a bike.

“What started as an ambitious plan two years ago to bring together 19 cycling organisations to form one new unified nationwide organisation will now be realised.”

“This will give cycling a louder voice and have benefits for all forms of cycling.”

While it is likely that Cycling NSW, WestCycle and BMX Sports Western Australia, will join with AusCycling in the future, such a coming together is not a certainty.

Western Australian bodies have a long history of distrust of ‘east coast’-based bodies while Cycling NSW has been a significant opponent of the merger.

In October last year fewer than 20% of NSW clubs voted ‘Yes’ to the AusCycling merger and as of 10th September this year the state body again voted ‘No’, based on concerns about administrative and financial matters, asking for the merger to be delayed.

A subsequent open letter from CyclingNSW’s new Chair, Matt Bazzano explained “we want to put on record, in principle, our openness to seek options to open discussions to negotiate moving forwards”.

WestCycle Chief Executive Matt Fulton says its decision to abstain was due to a lack of updated information about AusCycling.

Fulton told Guardian Australia “we are very supportive of the discussion (and) I’m quite optimistic, now that the decision has been made, that we can all move on. We’ve closed that chapter now, there is still lots to play out in the story, but it is time to start the next chapter - which is collaborating to get the best outcomes.”

Drake is optimistic about these bodies becoming part of AusCycling, noting “we’ll continue to work with them (and) I hope that everyone can put behind them the discussions of the past two years, which have at times been quite hostile. We need to put that to bed, respect the AusCycling decision and move forward.”

The AusCycling saga has been a prime example of a broader focus on governance reform in Australian sport. The Australian Olympic Committee has 52 national federation members, across summer and winter Olympic sports. Many have state and territory constituent bodies, reflecting Australia’s federal structure and the fact that sports administration has long been a grass-roots endeavour, typically undertaken by volunteers.

However, as government and commercial money poured into sport, questions have been raised about the effectiveness of these disaggregated structures. Federal Government agency Sport Australia has been at the forefront of efforts to drive reform.

In the most dramatic example, Sport Australia recently revoked all funding from Equestrian Australia, describing its governance as “manifestly unfit for purpose”.

“This has always been driven by the sports.”

However, Sport Australia has been intimately involved from the start, commissioning the Ernst & Young report. The agency has also deployed a variety of incentives to help it along - including an offer of $2.5 million in extra funding if the merger proceeded and an insistence that it would only fund one national sporting organisation for cycling from now on.

On commencement, AusCycling is expected to have more than 50,000 individual members, over 400 affiliated clubs and offices and staff located throughout the country.

11th September 2016 - Nike and adidas’ golf exit prompted by the rise of cycling?