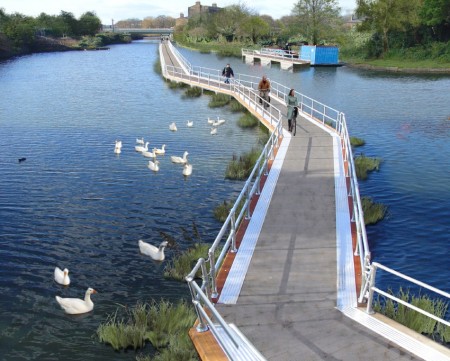 A Dutch-style bicycling masterplan for Perth has been released by the Western Australian Government.

Released for public consultation last week, the Perth Transport Plan for 3.5 Million and Beyond proposes increasing Perth’s bicycle network from 172 kilometres to 357 kilometres y 2031 and 840 kilometres by 2050.

The proposal has been welcomed by a range of activity and transport groups with Stephen Hodge, Director of the industry-funded Cycling Promotion Fund stating “(this is) probably the strongest political support we have ever seen from a State Government state about the desirability of long term planning for bikes.”

WestCycle Chief Executive Matt Fulton also welcomed the launch of the plan, saying it showed how far cycling had come in WA.

Fulton stated “this is an incredibly exciting time for people who already ride and this plan will encourage even more people to get on their bikes.”

The non-profit organisation described the plan as “a win for cycling infrastructure in WA” that identified a routes and paths that would provide safe and connected links between universities, schools, train stations, activity centres and tourist destinations.

Among a range of initiatives, the 35-year cycling masterplan includes cycling bridges over Lake Joondalup and Lake Goollelal.

Commenting on the bridges, Western Australian Transport Minister Dean Nalder stated “(they) will shorten the ride from east Wanneroo to Joondalup and Darch to Kingsley and provide better access to the Yellagonga Regional Park.” 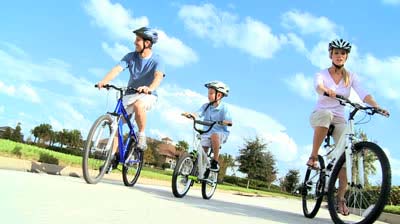 The plan recommended both green bridges be built by the time Perth’s population reached 3.5 million - in about 2050 - as part of the infrastructure needed to improve connectivity across rivers and lakes.

Aiming to reduce walking and cycling times, the masterplan says that the Lake Joondalup green bridge would link cyclists and pedestrians directly to the town centre, and the one across Lake Goollelal would provide better access to Greenwood train station.

van Bueren said features of the structure included a mooring system, a design that water could flow through, elements that were easy to connect and mono-material concrete that made it easier to recycle at the end of the structure’s life.

City of Joondalup Mayor Troy Pickard welcomed the proposals, saying one of the major issues in the area was traffic congestion caused by thousands of motorists travelling to and from Perth’s CBD for work.

Mayor Pickard stated “the bridges would greatly assist with connectivity for cyclists travelling from travelling east to west, helping to ease congestion in particular for park-and-riders at train stations along the Joondalup line.

“The City’s aspirational Bike Plan 2016-2021 identifies a vision for Joondalup to be recognised as the bike friendly City. Infrastructure such as bridges across our two major waterways helps to facilitate a bike-friendly culture and leads to a healthier, safer and more liveable community.”

The plan also recommended completing the recreational cycling network along the beachfront between Two Rocks and Wannanup, filling gaps in the off-road network and providing end-of-trip facilities such as bike storage, change rooms and showers in major activity centres.