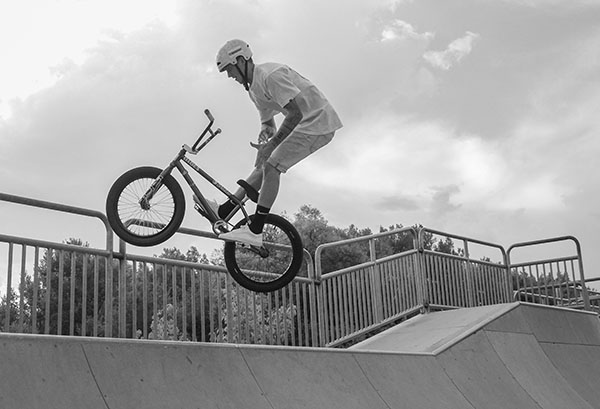 The Glenorchy City Council is one of the successful applicants for the Tasmanian Government’s Playing Field Grants Program and will receive $250,000 under the Program for the development of a new $750,000 BMX track at Tolosa Park.

The current BMX facility at Berriedale has its limitations and is restricted to club members only. The new track at Tolosa Park will also encourage more Tasmanians to take up the Olympic sport while providing young people in the area a safe community space to be active.

The construction of a state level BMX facility at Tolosa Park will include a five metre start ramp with hydraulic start gate, natural surface track, hotmix corners and lighting to attract local, regional, state and national level BMX activities.  The facility will be open to the local community and visitors, as well a new home to the Southern City BMX Club who will help Council’s designers develop the space. The former Berriedale BMX site will be repurposed as a recreational space reimagined as part of the larger Berriedale Peninsula Masterplan.

In 2019, Southern City BMX hosted a round of the National series with riders from across Australia competing, and the new track will make the area a prime candidate for attracting more national, and potentially international, BMX events to Tasmania.

Construction on the Tolosa Park BMX track will begin soon and the project is expected to be completed by January 2022.

“Under the 2020-21 Improving the Playing Field Grants Program, grants of between $25,000 and $250,000 were available to local Government and sporting organisations for projects that develop or improve functional and inclusive amenities.

“I am pleased to announce that 27 projects across Tasmania, totalling more than $3.7 million will benefit from the large grants stream, with the Grants Program also providing assistance in supporting the state’s building and construction industry and local jobs.”