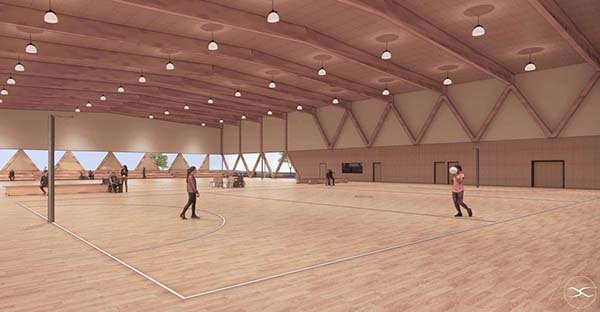 A $5 million contribution from the Victorian Government will see construction works on the $15 million project to expand and upgrade Knox Regional Netball Centre begin months ahead of schedule - commencing in April 2021 and with the refurbished stadium expected to be complete by mid-2022.

The upgrades, which will add two more indoor courts to allow more all-weather matches and greatly improve accessibility, spectator comfort and visitor parking, is funded by Knox City Council in addition to the $5 million from the Victorian Government and a $4 million contribution from the Federal Government.

Knox City Council Mayor Nicole Seymour said this project reflected the growing participation in netball as well as Council’s commitment to investing in capital works that would stimulate the local economy and drive value for the community.

Mayor Seymour notes “this expansion will create more opportunities for players of all abilities, ages and genders to participate in netball while enhancing facilities for the more than 6,000 netballers who use the Regional Netball Centre each week.

“Last year 180 games were cancelled due to weather, and our region has been shown to have a need for more indoor facilities. By doubling the number of indoor courts at the centre, more games and training sessions can be held all year-round and more players will benefit from the health and wellbeing advantages of playing team sport.

“In the challenging times we are currently facing, these major construction projects also provide an opportunity for us to invest in the community, support the local economy and create jobs.

“We’re very grateful to the Victorian Government for this support of the expansion works and will proceed with planning for the commencement of this project in compliance with COVID-19 restrictions and safety standards.”