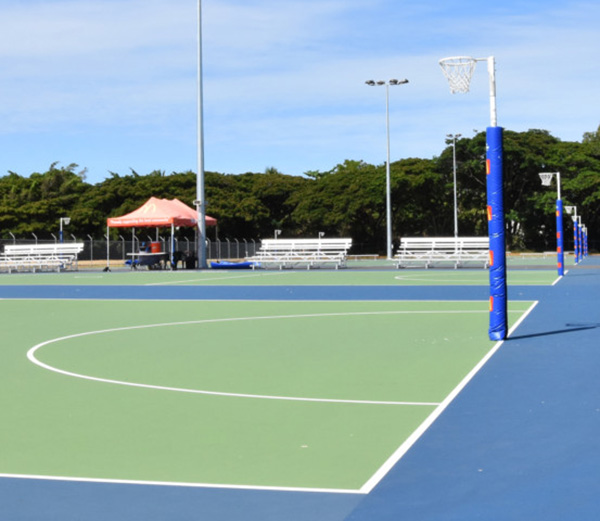 A new roof is planned to be built over the four centre courts at Cairns Martyn Street netball centre to ensure games can go ahead in all weather conditions.

The expanded Martyn Street Reserve netball complex was officially opened on 11th November 2016 following a major investment in the sport. The roof forms Stage 2 of the redevelopment of the netball centre.

The $3.86 million redevelopment was jointly funded by Cairns Regional Council ($2.1million) and the Queensland Government ($1.5million), with a $250,000 contribution from Cairns Netball.

Work on the project began in December 2015 and Stage One works were completed in June 2016.  The redevelopment included replacement of the six existing courts and the addition of a further 10 playing surfaces, plus lighting, car parking and a new clubhouse.

It’s anticipated the new $2,237,984 roof project will lead to increased membership, reduce the number of fixtures that need to be cancelled due to rain, improve playing conditions in hot weather, and make the centre more attractive for state and regional tournaments.

Council and the Federal Government, through the Regional Jobs and Investment Package, will jointly fund the upgrade, which should be completed by the end of the year.