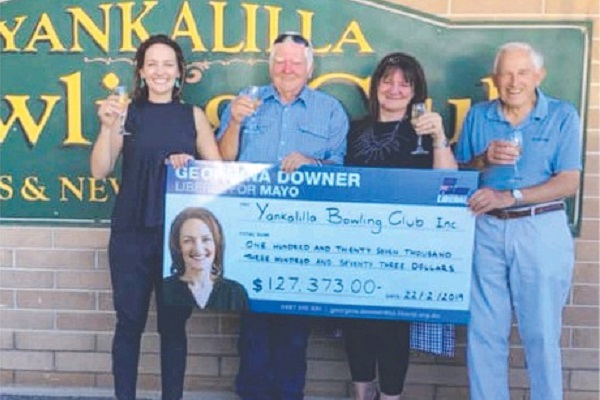 Unsuccessful applicants to the Federal Government's Community Sport Infrastructure scheme may be entitled to a payout, according to a respected lawyer.

As reported by the ABC, Ian Cunliffe, who worked for more than a decade in government and now advises a constitutional law centre at the University of Melbourne, argues the $100 million pre-election sports grants scheme "pretty clearly was illegal" because the relevant legislation does not allow the Federal Sport Minister to be given Sport Australia's power to choose grants.

Kate Palmer, Chief Executive of Sport Australia, told Senate estimates last month that "as the delegate, the minister approves the grants and was able to make the final decisions about the grants".

Upon hearing this, Cunliffe - with decades of providing advice establishing schemes and applying for grants - thought such an arrangement was unusual.

Section 54 of the Sports Commission Act sets out to whom Sport Australia can delegate its powers, such as choosing grants. The Federal Minister of Sports is not listed.

According to Cunliffe's interpretation, clubs behind the 618 applications recommended by Sport Australia but rejected by the Minister worth up to $500,000 each - have a sound case to appeal to the Federal Court.

Cunliffe told the ABC "if it was half a million dollars and I was on the board of one of the sports bodies involved I would be pushing very strongly that it be done."

The $100 million scheme has been beset by controversy, including Liberal candidates announcing grants instead of sitting MPs and a bias towards funding for marginal seats.

It is currently unclear exactly which grants were recommended by Sport Australia but rejected by the Federal Minister for Sport Bridget McKenzie, and how many grants were approved by Senator McKenzie that had not been recommended.

The National Audit Office is scheduled to release its investigation into the scheme before Christmas.