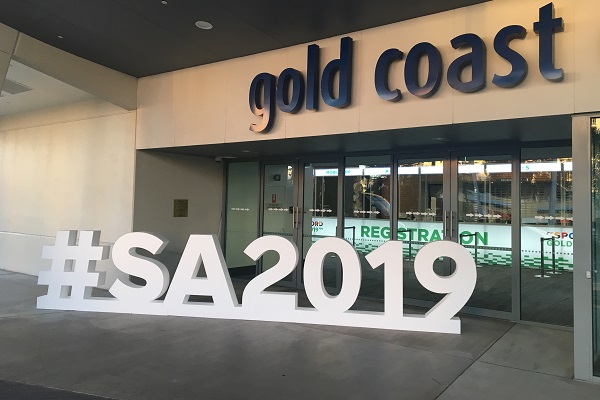 The inclusive coming together of global sporting leaders at the SportAccord event on the Gold Coast last week, attended by more than 1,700 industry representatives - including some of the world’s most high-powered sporting executives and all international sports federations and their stakeholders - was notable for the almost total lack of involvement by key Federal Government agencies Sport Australia and Austrade.

With sporting event hosts announced, international federations convening, sporting partnerships being agreed and deals for logistical and operational support for upcoming events around the world being sealed, Nis Hatt, Managing Director of SportAccord stated “there is no doubt this has been the best SportAccord ever.”

Queensland Tourism Industry Development Minister Kate Jones also advised “we hope to secure up to $100 million worth of events for the state as a result of hosting SportAccord.”

With the event attended by International Olympic Committee President Thomas Bach and former United Nations Secretary-General Ban Ki-moon, and massive opportunities for Australia to promote its event hosting, sport management and logistical expertise, support for the event seemed to split on the lines of government in Australia.

Queensland, Victoria and Western Australia - each with Labor Governments - exhibited, NSW and Federal Government agencies did not.

Austrade sent two delegates to the event, who did not respond to requests from Australasian Leisure Management to meet, while Sport Australia had three representatives at the event, the same number as Sport New Zealand and the Auckland Tourism, Events and Economic Development (ATEED) bureaux.

ATEED also had a sizeable staff contingent on its exhibition stand. 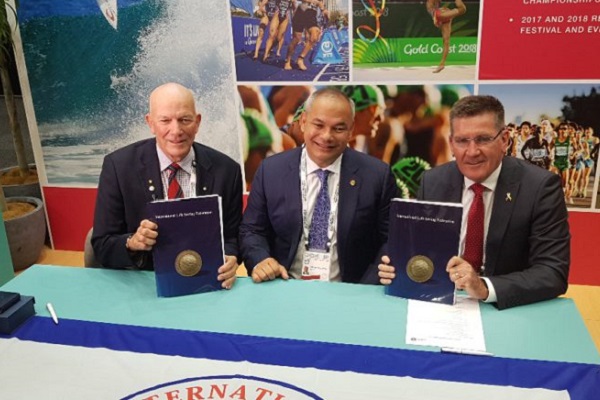 Commenting on the opportunities Sport Australia, Austrade and Liberal state governments had missed, one insider, who asked not to be named, stated “it’s a real disappointment that Sport Australia and Liberal state governments have turned their back on SportAccord and chosen to see this as a ‘Queensland Labor’ event, to deny it support and to ignore the opportunities that come from it.”

When questioned by Australasian Leisure Management, City of Gold Coast Mayor Tom Tate stated “there’s an old saying ‘you can take a horse to water but you can’t make it drink’ and I think its unfortunate that some in Australia have taken a very short term view on this event.

“However, the lack of involvement from the Federal and NSW Governments means more opportunities for Queensland.”

A disappointed Raffaele Chiulli, President of the Global Association of International Sports Federations (GAISF), added “sport has to go far above any local or international political issue, sport has the power to bring people together and we have seen … thanks to the efforts of sport leaders, that at the Winter Olympic Games in PyeongChang, North Korea and South Korea where able to be united.

"That’s the power of sport and that’s what sport has to do, unite rather than divide.”

Following an inquiry from Australasian Leisure Management, a spokesperson for Sport Australia advised "Sport Australia is not a commercial partner of this event but has been supportive, engaged and had key members of our board and executive attend.

"We commend Queensland for hosting this global event."

The spokesperson did not elaborate on what this involvement had been.

SportAccord is the only global sports business event attended by all the international sports federations and their stakeholders, who host their Annual General Assemblies during SportAccord.