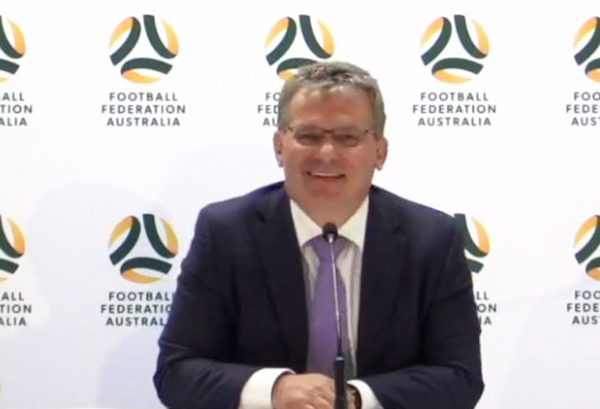 Football Federation Australia (FFA) Chair Chris Nikou has been elected as the second ever Australian to serve on the Executive Committee of the Asian Football Confederation (AFC).

The AFC Congress, which is held annually and brings together the 47 Member Associations that comprise the AFC, included on the agenda elections for the position of AFC President and positions on the AFC Executive Committee (including the AFC Vice Presidents and Asia’s representatives on the FIFA Council).

Comprised of the AFC President and 24 elected members from the 47 Member Associations that make up the AFC, the AFC Executive Committee is responsible for implementing the AFC’s statutes, the decisions of the AFC Congress, as well as ratifying decisions made by AFC’s Standing Committees.

Sheikh Salman bin Ibrahim Al Khalifa, the incumbent AFC President, was re-elected unopposed for a further four-year term as AFC President at the Congress following the withdrawal of the two other candidates prior to the election – Saoud Al-Mohannadi from Qatar and Mohammed Khalfan Al-Romaithi from the UAE.

Nikou was successfully elected with a term of four years.

Commenting on his additional role, Nikou stated “I would first like to thank my colleagues across Asia for entrusting me with the responsibility that a position on the AFC Executive Committee entails.

“Recognising that responsibility, I am committed to working hard to support the development of the world game across the entire Asian football community.

“Since joining the AFC in 2006, Australia has sought to learn from as well as support our fellow Member Associations in Asia. We have shared knowledge and expertise through serving on various AFC committees, added to the commercial growth of Asian football and delivered a range of development programs across the Confederation. Australia’s hosting of the AFC Asian Cup in 2015 also set a new benchmark for Asia’s flagship event.

“I am committed to raising even further Australia’s engagement with Asia, and my new position on the AFC Executive Committee provides an opportunity to continue driving the relationship. Through the Executive Committee, we have an avenue to express Australia’s position on different matters, hear matters of priority from other members and work collaboratively with the Asian football community to ensure the vision of the AFC is achieved – that Asia be the world’s leading football confederation.” 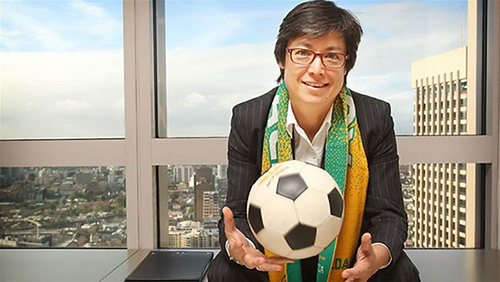 Dodd (pictured above) stated “I’m grateful to have had the opportunity to serve football and to contribute to issues I am passionate about – especially governance reform, women’s football and diversity – at both AFC and at FIFA.”

Nikou acknowledged Dodd's role, stating “across a 12-year period, Moya has represented Australia with distinction in Asia, especially with regard to making the game more inclusive for women and girls at all levels – from the boardroom to the grassroots. I would like to thank her for her contribution.” 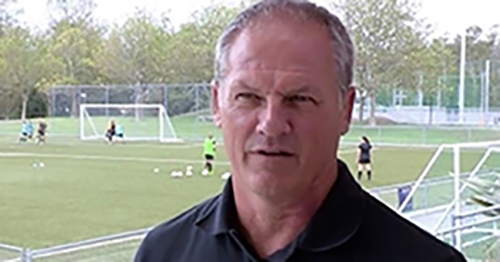 Sherman was recently at Melbourne Victory in a strategic advisory role and formerly as General Manager Technical & Coaching. Before this he held roles as national Technical Director of Football Association of Wales and New Zealand Football and was Head of Coach Education at Football Federation Australia.

Gallop said he was delighted to welcome Sherman into the role, explaining “we have spent the past few months speaking to some excellent candidates in Australia and abroad. It was important that we found the right person with extensive knowledge of the Australian football landscape and an ability to unite the football community through a clear vision and we believe Rob is the perfect fit in that regard.

“We recognise we are at a critical point in our football development in Australia. Technical Development involves building the football of the future. One of the first tasks for the new Technical Director is to lead the development and implementation of a new National Technical Vision and Strategy across the whole game.

“Rob will have ultimate responsibility for and input into everything that touches on the National Football Curriculum, Pathways, Competitions, National Teams, Coach Development and Participation, in partnership with the Technical Department, National Teams and key stakeholders.

“There will also be closer alignment with the Head Coaches of the Matildas and Socceroos to oversee the alignment between the Youth National Teams programs and Senior National Teams and work with the Hyundai A-League clubs and their academies,” added Gallup.

Gallop also thanked the panel assembled to advise and assist FFA in the recruitment, consisting of Rae Dower, Tony Vidmar, and John Didulica.

Gallup also acknowledged Melbourne Victory for their professionalism during the recruitment process: “Melbourne Victory have recognised how important an opportunity this role is for Rob and accepted that he is the ideal person to take the position. We thank the club for its support.”

Sherman said he was honoured to be given the opportunity and understood the significance of the task ahead, stating "we know we have a big job ahead to bring all parts of the ecosystem together. We need to provide our players with the best football environment, from grassroots and into senior and professional football to ensure our Matildas and Socceroos can compete with the best in the world."

This will include the implementation of an Elite Talent Pathway to ensure high quality Academy Programs within professional clubs and work with the National Teams Unit on a sustainable annual program of International activity for U17/16/15 National Teams.

Sherman will conclude his tenure at Melbourne Victory on 27th May, at which point he will immediately commence with FFA. He will report directly to Gallop - a decision made prior to the commencement of the recruitment process and joins FFA’s Senior Management Team.