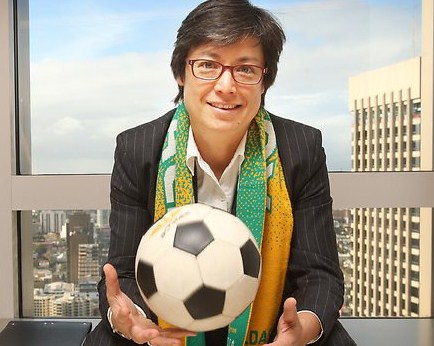 Leading female football advocate and official Moya Dodd has failed to retain a place among the senior decision-makers at world football governing body FIFA after losing out in elections staged by the Asian Football Confederation (AFC).

The AFC’s member associations today (8th May) elected Mahfuza Kiron of Bangladesh, Zhang Jian of China, Chung Mong Gyu of South Korea and Mariano Araneta of the Philippines for the four places allocated to Asia on the FIFA Council at the AFC Congress in Manama, Bahrain.

For the single female seat, Kiron secured the simple majority required, obtaining 27 votes over Australia’s Dodd who received 17 votes in the first round after Han Un Gyong  of North Korea and Susan Shalabi Molano of Palestine withdrew from the contest before the election.

Dodd had previously been a co-opted member of the executive committee of world football’s governing body, which was scrapped last year due to the formation of the FIFA Council.

After the vote, the Reuters news agency reported Dodd as stating “naturally it is disappointing.

“I'd hoped I had done enough in the few years I was part of Fifa to persuade people that I should have another shot at it.

“I think I will always be an advocate for women's football... there are still a lot of ways to contribute. I am still a member of the AFC executive committee and of the board in Australia and I have other involvements.”

Dodd's failure in being re-elected may be a result of the Football Federation Australian having stalled in implementing a FIFA requirement to implement new governance measures.

As part of the FIFA reform process, the AFC will now have seven members on the FIFA Council – an increase of three from before. The reforms also aim to increase the role of women in football governance and each continental confederation will have one female representative on the new body. The term of office for all the FIFA Council members is from 2017 until 2019.

The path to determine the AFC’s male representatives was made easier last week as Sheikh Ahmad al-Fahad al-Sabah of Kuwait resigned from his various positions in football after allegations of financial impropriety emerged.