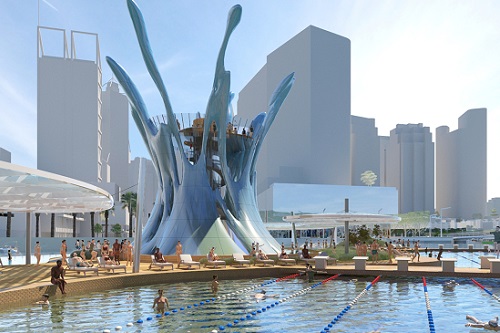 A consortium of Western Australian aquatic industry professionals, including developers, architects, engineers and planners, has proposed a floating pool and extensive deck for the Swan River in the heart of Perth city near Elizabeth Quay.

Echoing similar proposals in recent years for the River Torrens in Adelaide and the Yarra River in Melbourne, the facility would be a 100-metre long floating deck featuring a swimming pool/lagoon filled with chemical-free filtered river water, public open space and venues for events and exhibitions.

Swan River Deck Director Grant Oldfield says the team has been working on the idea for a few years with the aim of leveraging the value of the Swan River. 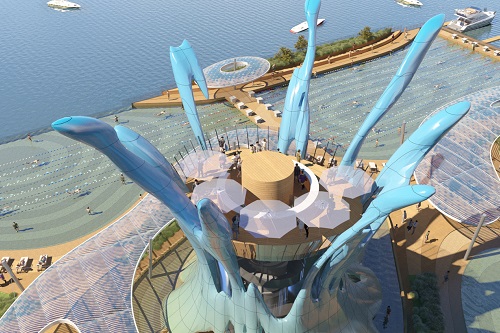 Advising that people are looking for a fusion of the urban environment with the natural environment, Oldfield advised “it’s not just about being in a city, it’s about how you experience nature in the city.”

The development group, Northstar Development have submitted the deck proposal to the Western Australian Department of Biodiversity, Conservation and Attractions’ Perth Water Precinct Plan for public consultation and have liaised with government and industry authorities. 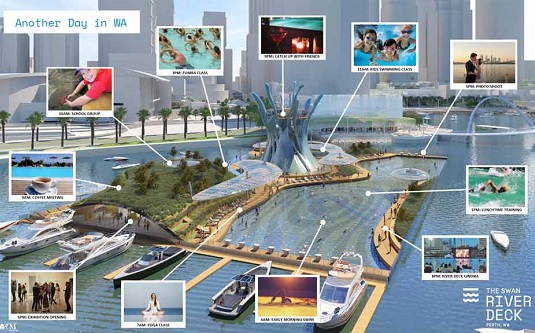 Western Australian Tourism Minister Paul Papalia says that while a formal proposal has yet to be received, an in-river swimming pool on the city’s doorstep would add to the variety of experiences available to locals and tourists.

Oldfield urged people to visit the Swan River deck website and share their thoughts on the project, adding “the key thing to emphasis at this time is that we are seeking feedback and support from the public on the proposal. Formal feedback can be submitted using a short survey at survey monkey.”

For more information go to swanriverdeck.com