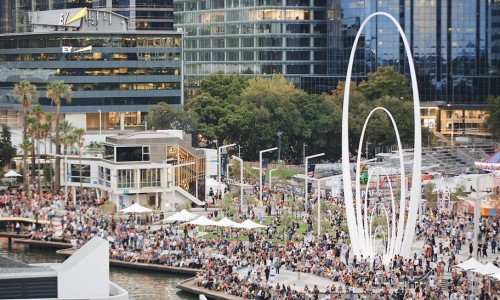 Opening in December 2015, several successful businesses have emerged within the precinct offering new experiences for locals and visitors.

Western Australian Planning Minister Donna Faragher has revealed that the Elizabeth Quay Carousel had sold more than 10,000 tickets and there had been a substantial increase in ferry patronage with 86,239 boardings in December 2016 compared with 39,865 for the same month in 2015.

In addition, Elizabeth Quay retailers are selling 6,000 pizzas a month and 7,000 scoops, or one tonne, of ice cream every week, supporting visitor data which shows the community has embraced Perth’s newest waterfront destination.

Speaking prior to the announcement of the Western Australian election, Minister Faragher explained "projects such as Elizabeth Quay provide invaluable economic benefits and provide essential jobs, new business opportunities and attract investment into the state."

An assessment of the project by Deloitte Access Economics showed Elizabeth Quay will have a direct economic impact in excess of $2.9 billion in private construction and tourism expenditure, and create hundreds of jobs each year.