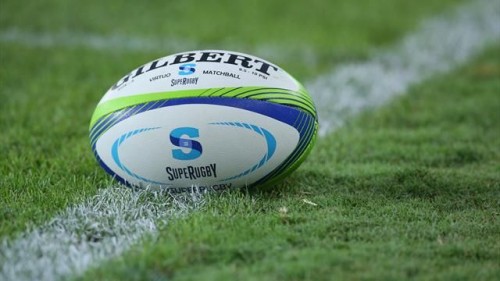 Fijian Drua and Moana Pasifika will join the best Australian and New Zealand rugby sides in a new-look Super Rugby Pacific competition from 2022.

With the former Super Rugby competitions now officially disbanded, the 12-team competition was agreed on Monday, with the inaugural season to kick off on 18th February next year.

The new competition replaces the old Super Rugby format, which also featured teams from South Africa, Argentina, and Japan - an outcome that would have eventually occurred even without the devastating effects of COVID-19.

Super Rugby Pacific will see Australia and New Zealand retain their five professional franchises for the new Pacific competition, with Perth-based Western Force - axed from Super Rugby in 2017 - remaining in the elite series following their having returned to Super Rugby AU and also the trans-Tasman Super Rugby competition when introduced last year.

The Force, backed by industrialist Andrew Forrest, made the Super Rugby AU finals this year and are expected to get stronger due to their strong financial position.

Fijian Drua had previously competed in Australia’s National Rugby Championship, winning the title in 2018. It is still yet to be confirmed where the Fijian Drua home matches will be played while Moana Pasifika will play their home fixtures primarily in New Zealand.

Teams will play 14 regular season matches with each franchise to host seven of them. The fixture will be set out in a manner where every team plays each other at least once, along with three double-up matches. Those double-up matches will have an emphasis on derbies.

The top eight sides on the ladder will qualify for the finals, which will run over three weeks in a simple quarter-final, semi-final, final format. The 18-week season will be completed prior to the July international window.

Games will be broadcast on Stan Sport, with the Saturday night match in each round also simulcast free-to-air on the Nine Network.

Welcoming the new competition, Rugby Australia Chief Executive, Andy Marinos stated “this is a game-changer for Rugby in the Pacific, and indeed, the rest of the Rugby world.

“We have seen the brilliant rugby that Fiji play in all formats of the game and their inclusion will make this new competition one of the toughest in the world.”

New Zealand Rugby’s General Manager of Professional Rugby, Chris Lendrum added “the trans-Tasman rivalries are crucial to our sport in the southern hemisphere, and the existing Super Rugby clubs have built a wonderful history and legacy over 26 years.

“Moana Pasifika and the Fijian Drua will add an enormous amount of energy, skill and talent to the competition, not to mention a passionate support base. The Pasifika nations have added so much to world rugby over the years and this is an opportunity to enhance the standing of Pasifika rugby.”