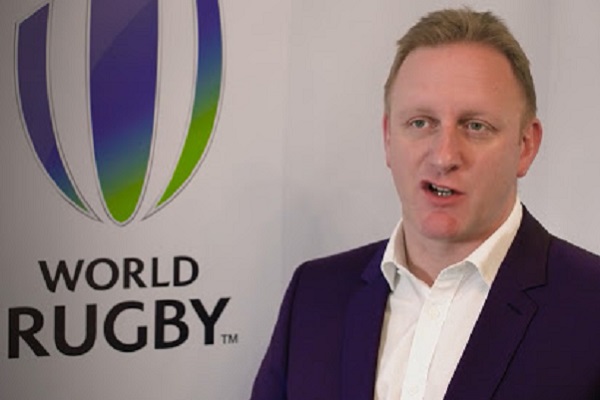 World Rugby has announced the appointed of Alan Gilpin as its new Chief Executive to replace Brett Gosper.

Gilpin, who joined World Rugby in 2014, has been acting as Chief Executive since Gosper’s departure in January, and previously held the roles of Chief Operating Officer and Managing Director of Rugby World Cup since 2016.

Announcing the appointment, World Rugby Chairman, Bill Beaumont, said Gilpin’s leadership ability has helped deliver some of the most successful men’s and women’s Rugby World Cups to date, noting “Alan is well known and very well respected by the rugby family through his roles as managing director of Rugby World Cup and chief operating officer of World Rugby, and I have long admired his passion, energy, innovation and leadership skills.

“I am excited by Alan’s vision for the future of the organisation and the moves the sport needs to take to become truly global and drive sustainable growth in new, key markets.

“His intimate knowledge of the business of the sport, the opportunities and challenges we collectively face as a family and his excellent leadership and stakeholder relations skills make him the stand-out and right choice for this role at an important and exciting time for the sport globally.”

Gilpin said he was "immensely proud" to take up the role and recognised the biggest challenge was to navigate the sport through the COVID-19 pandemic as well as furthering welfare and injury prevention for players at all levels of the game.

Looling forward to his permanent role, he added “with a new strategic plan ready to launch, considerable talent within the organisation, and an executive board that has ambitious goals for the next few years, it is set to be a pivotal period in the growth of the sport.”

He went on to say that the governing body was talking to potential World Cup hosts to ensure long-term hosting certainty, stating “we are already in discussions with potential hosts for the men's and women's World Cups in 2025, 2027, 2029 and 2031.”