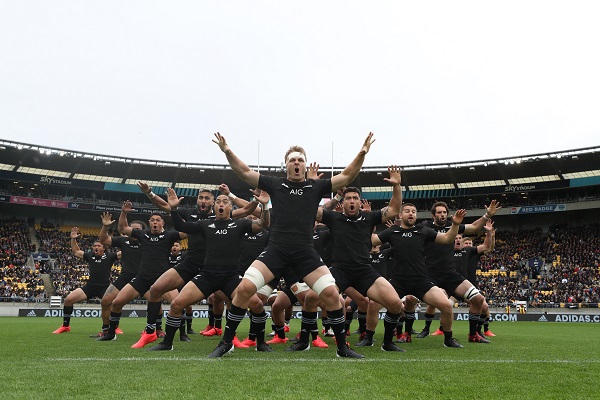 The All Blacks will not travel to Perth for the third Bledisloe Cup Test on 28th August, with New Zealand Rugby (NZR) today announcing that it will not be sending the team to Western Australia.

With New Zealand currently in a COVID-19 lockdown, the All Blacks were due to leave for Perth on Sunday and play the Wallabies there on Saturday week.

NZR has also announced the All Blacks' two home Rugby Championship fixtures against South Africa and the Black Ferns' two O'Reilly Cup Tests against the Wallaroos will not be played in New Zealand.

Explaining the decision, NZR Chief Executive, Mark Robinson said that the body was not prepared to send the All Blacks to Perth with so much uncertainty around travel and scheduling, with Queensland and even Europe suggested as possible host locations for the Rugby Championship.

In a statement, Robinson explained “without complete certainty on the team's next movements around The Rugby Championship we felt it was prudent for the team to stay put in New Zealand until SANZAAR have announced the full tournament schedule.

"Once the team leaves our shores, they currently can't return until November 23 post their Northern Tour, so given the uncertainty, it makes sense to pause and get more clarity on these fixtures.

"We remain 100% committed to playing in the entire Rugby Championship in 2021 and are working closely with SANZAAR to look at a range of options to reschedule these important matches."

Robinson said every effort had been made to keep the scheduled tests against the Springboks and Wallaroos in New Zealand, adding “however, after discussions with (New Zealand) Government, it is clear that the COVID-19 travel restrictions meant there was no way of bringing the South African and Wallaroos squads into New Zealand and we understand the importance of putting the health and safety of New Zealanders first."

In response, media reported Wallabies coach Dave Rennie as saying he was "bloody angry" about the way NZR announced its decision not to send the All Blacks to Perth while Rugby Australia called the move a "unilateral decision".

It is believed the West Australian Government was set to allow the All Blacks into the state, provided they arrived seven days before the match and completed ‘soft’ quarantine, as interstate AFL teams currently do.

SANZAAR will be making further announcements around the Rugby Championship schedule in due course.

Ticket holders will receive a full refund and will be contacted by the ticket provider in the coming days.