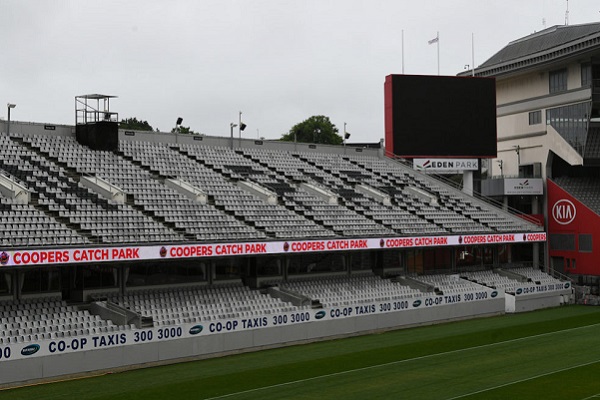 Auckland's Eden Park will be one of the few venues in the world welcoming a capacity crowd this weekend when the All Blacks face the Wallabies in the second test of the Bledisloe Cup series on Sunday evening.

With a small resurgence of COVID-19 cases seeing Auckland move back into lockdown in mid-August which meant several matches were either played with no spectators, called off, cancelled or postponed, as of Wednesday 7th October restrictions were again lifted with the New Zealand Government announcing that unrestricted crowds were welcome at the eagerly awaited Bledisloe Cup.

With a period of 10 days to prepare the country’s largest stadium for a sell-out crowd, Eden Park (known as Coopers Catch Park for the game under a sponsorship deal with ASB Bank) team is well prepared and excited to deliver another unforgettable experience.

Eden Park Chief Executive, Nick Sautner explains “we look forward to welcoming a capacity crowd of near 50,000 of our nation’s ‘team of five million’ who all played a key role in reducing the spread of COVID-19.

“A special thank you to the more than 3,000-strong workforce who help to deliver events and make it possible for the return of live sport and entertainment at Eden Park.” 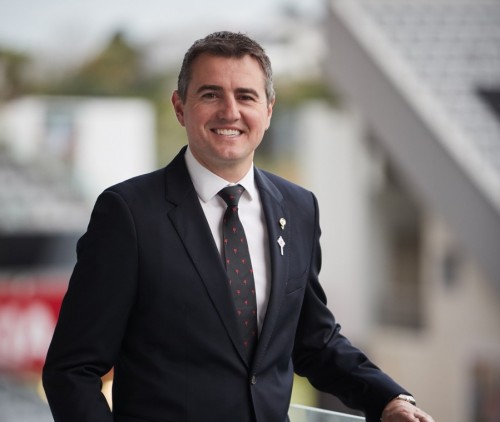 With the All Blacks enjoying an 87% winning percentage at Eden Park, Sautner added “the All Blacks hold a 34-year winning streak against the Wallabies at Eden Park, one of the most impressive records in sporting history. There’s no question this stadium has immense mana for both athletes and fans.

“The health of staff, athletes and patrons remains our priority and our team contributed to developing ‘the Covid Code’ for Government. Following the move to Alert Level 1, a number of additional measures will be in place at Eden Park such as sanitiser stations, digital and static hygiene promotion signage and additional cleaning of frequently used surfaces. The Park’s QR code will be available for those utilising the NZ COVID Tracer App.”

Images: Eden Park is being referred to as Coopers Catch Park this weekend under a sponsorship deal with ASB Bank (top) and Eden Park Chief Executive, Nick Sautner (below).