The City of Gold Coast has announced that phase one of its Pimpama Sports Hub is now complete and open to the public.

Advising that Pimpama Netball Centre will be a huge drawcard for young players in the northern suburbs, in the lead up to the 2021 netball season, Gold Coast Mayor, Tom Tate stated “these first-class facilities are capable of hosting both local and regional level events and will cater for future demand in our growing northern corridor.

“Once complete, we expect around 750,000 visitors annually. The complex will employ 42 full-time employees when fully operational at the end of this year.’’

The project, more than halfway into its completion timeline, is generating 409 jobs during construction. 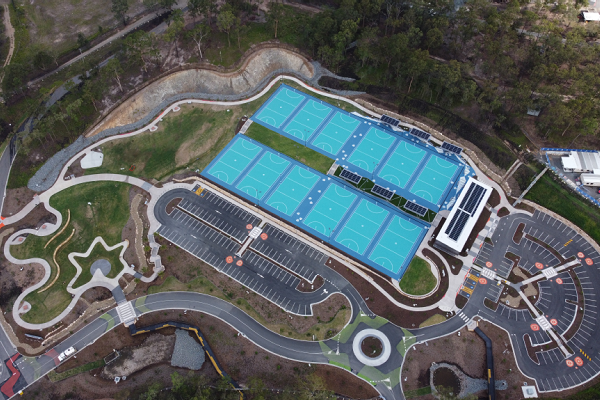 Netball Queensland has leased the clubhouse and is coordinating events, sign-on days and training with nearby netball clubs.

Phase two of the project has started and is on track for a late-2021 opening.

• Clubhouse includes a kiosk, administration area, storage, amenities for public and club use, first aid room and additional under building storage
• 12 netball courts that can be fully lit for night games and equipped with audio for announcements
• Six court shade structures
• 275 solar panels have been installed on the clubhouse and court shade structures, generating 12 per cent of the sporting hub’s total power
• Outdoor events space with stage area for crowds up to 3000
• Community park with shaded playground and picnic facilities
• One kilometre walking, running and cycling trail with distance markers 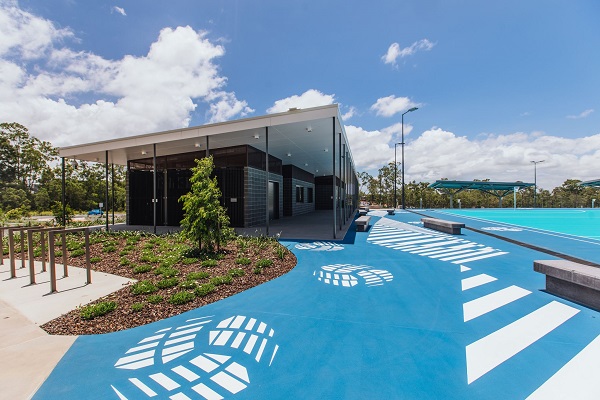 Images: The newly completed phase one of the Pimpama Sports Hub. Credit: City of Gold Coast.