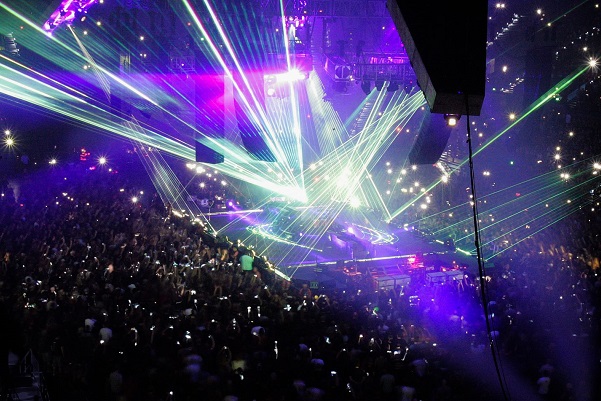 Venues in Brisbane - and the Brisbane Entertainment Centre in particular - were Stadiums Queensland’s star performers during 2018/19, while stadia outside of the Queensland capital saw significant falls in attendance in the last financial year.

The annual report also showed that the venues contributed more than $300 million in economic benefit to the state.

The Brisbane Entertainment Centre hosted 37 concerts, including seven shows for P!nk, along with Sam Smith, Katy Perry, Shania Twain and Nickelback, boosting visitors from 666,971 last year to 815,866 this year.

The annual report noted “patronage at the Brisbane Entertainment Centre is up significantly this year, thanks to a blockbuster number of high-profile concerts.”

Suncorp Stadium hosted 1,064,601 fans, down 54,336 on the year before, blamed partly on poor performances from Queensland rugby league and union teams. 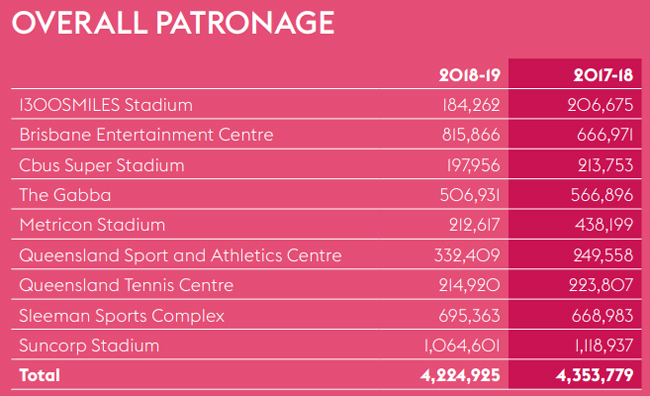 Writing in the report, Stadiums Queensland Chief Executive, Todd Harris noted “the start of the 2019 National Rugby League season saw some of our powerhouse clubs struggle early in the season, which impacted traditionally strong crowd numbers.

"However, fans returned in droves for the inaugural Magic Round, which was a huge success, with 134,677 turning out at Suncorp Stadium for four days of entertaining rugby league matches."

Likewise, The Gabba saw 59,965 fewer fans through its turnstiles - down from 566,896 last year -despite Taylor Swift's sold-out Reputation tour.

However, with the first Test of the 2019/20 season returning to The Gabba, Harris wrote "the recent $35 million investment in fan-focussed upgrades at The Gabba is the sort of investment that ensures we not only retain but attract content that delivers amazing experiences for fans.”

It was the three Stadiums Queensland venues outside of Brisbane where the attendance falls were most marked.

However, the Gold Coast’s Metricon Stadium fell most dramatically, dipping by more than half to 212,617 in 2018/19 from 438,199 the previous year. While the Commonwealth Games had boosted attendance in 2017/18, the Gold Coast SUNS’ ongoing poor on-field performances and apparent fan apathy on the Gold Coast appear to have also contributed to the fall.

Financially, Stadiums Queensland returned an operating profit of $5 million, attributed to the high number of concerts at the Brisbane Entertainment Centre, The Gabba, Suncorp Stadium, and the Queensland Sport and Athletics Centre in Nathan.

Images: Concert at the Brisbane Entertainment Centre (top) and patronage levels at Stadiums Queensland venues (below).