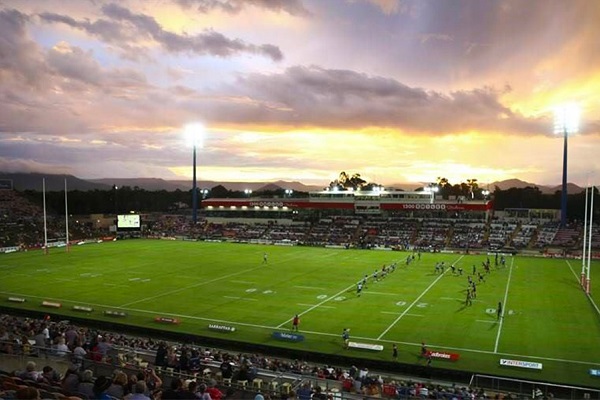 Last week's game coincided with the first seat being installed at the North Queensland Stadium – the Cowboy’s new 25,000-capacity stadium that they will play in from the 2020 NRL season.

While the club has confirmed will continue to operate from the Kirwan site in 2020 as its training and administration base - until its new headquarters open at the new stadium, the future of 1300SMILES Stadium beyond that is uncertain.

There has been interest from from local rugby league teams the Brothers Leagues Club and Ryan Catholic College, which have submitted a joint proposal in taking over the facilities, although, as yet, specific details are yet to be revealed.

1300SMILES Stadium, as its currently known, has been at the centre of rugby league in Townsville Rugby League since 1995, the year that the Cowboys joined the competition.

Construction started on converting the Willows Sports Complex, a trotting track, into a Rugby League stadium in 1994, with the main work being to remove the elevated trotting track and create earth mounds for spectators on the north, south and eastern stands.

The site already had a 750-seat grandstand, bars, restaurant and two basic changerooms, among many other essential facilities.

The building effort had strong community support, with Cowboys players even chipping in to get the job done - laying 12,000 metre² of turf and labouring work during construction.

The venue opened as Stockland Stadium, due to a naming-rights deal with the Cowboys and its first game was played in front of a sell-out crowd. The venue was later known as Malanda Stadium, Dairy Farmers Stadium, and then 1300SMILES Stadium as of 2013.

In 2005 the eastern terraces were extended, a new replay screen invested and the lighting facilities were upgraded for night time broadcasts.

The following year saw the eastern, northern and southern grandstands upgraded with extra seating and the eastern terrace was extended completely taking over the eastern hill.

While the Cowboys have always been the main tenants and attracted decent crowds, the venue also was home to A-League club North Queensland Fury during their time in the competition, and also hosted Rugby World Cup matches in 2003, concerts and other major events.