Bonita Mersiades: Why I wrote the inside story of the FIFA Way 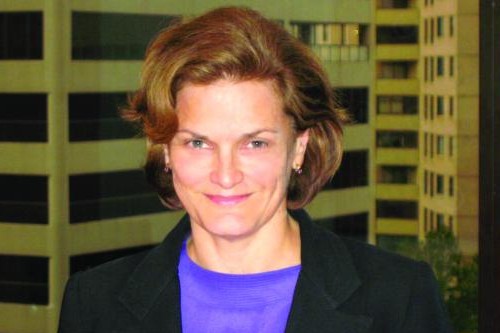 More than seven years after the decision which rocked the world to award the hosting rights for the 2018 and 2022 World Cups, the book I have written, entitled Whatever It Takes: The Inside Story of the FIFA Way, is the first ‘insider’ account of what it was like to work on a World Cup bid.

As is well-documented, I was actually sacked from my job as a senior executive of FFA and the Australian bid team 10 months before the vote. I saw, heard, read and observed enough to realise that something wasn’t right. My enemies - principally, our three international consultants whose dubious modus operandi I constantly questioned -will say I was sacked because I was incompetent. Yet only weeks before my boss, (then FFA Chief Executive) Ben Buckley, gave me a big performance bonus for a job well done.

My doubts about the three consultants were realised when we knew the result.

All-up, we spent around $50 million of Aussie taxpayers’ dollars to get our one lousy vote. And it wasn't even Franz Beckenbauer! Considering what we did, it has always made me wonder what others did also.

I actually wrote the first draft of the book almost seven years ago. It was partly because I wanted to make sense of all that happened, as well as use it as a cathartic exercise after a pretty difficult experience. I published excerpts from the first draft with the generous help of FIFA’s number one public enemy, Andrew Jennings. What happened next was FFA threatened me, and one of our international consultants attempted to sue both Jennings and me. Yawn.

Because of the FFA threat to my family and me, I put the book aside, and thought it would be just one of those manuscripts that would sit in a drawer for a lifetime - although I realised they were obviously pretty worried about something.

Then a few things happened.

One was that I was asked by FIFA’s then ethics chief who was conducting an inquiry into the bidding contest, Michael Garcia, to meet with him.

As it turned out, everything Garcia and I talked about, he found to be spot-on. Everything.  The role of our consultants, the relationship with Franz Beckenbauer, the deal with the German FA ahead of bidding, the money to Oceania, Asia, the redoubtable Jack Warner of the Caribbean, and potentially Africa.

Yet he also said my evidence could not be relied upon unless he could corroborate it (which is sort of the bleeding obvious anyway). Curiously, he also said that the other person - also a woman - branded as a 'whistleblower' was "not credible". Why did Garcia disparage and discredit two women, both of whom worked on bids, who dared to speak out and speak up? 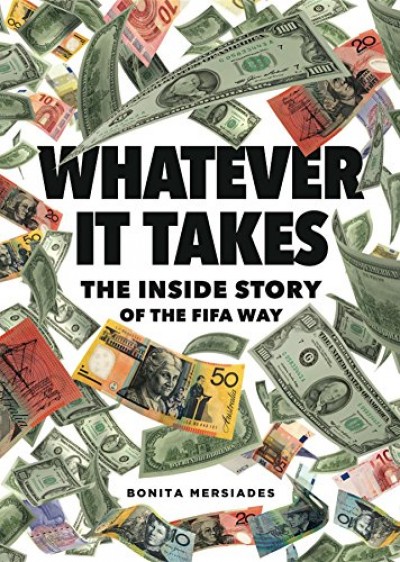 The other thing was that I read an explanation for how Qatar won - by paying members of the Asian and African football confederations. The only problem was these people didn’t even have a vote. It didn’t make a lot of sense. Not only that, this account ignored some basic pieces of the puzzle.

Above all else, those three things made me take the manuscript out of the drawer and develop what I wrote from being merely an ‘inside’ account, to taking a look from the ‘outside’ too. I wanted to find out more about what went on.

I already knew that people entered the World Cup bidding contest knowing how decisions were made at FIFA, content to play the FIFA way - as long as they won. I also knew that so many people pointed their fingers at the winners but were unwilling to examine, or admit to, their own conduct or behaviour. (Hello Australia!)

The book doesn't have all the answers - but it does put many things in context, and has some revelations.

What the book does is shine a light - from the inside and outside - on how so many people running football care more how they can benefit from the game, rather than what’s in the best interests of the game.

Somewhere along the way, these custodians of our game lost what it is to be a ‘football person’. This wasn’t a phenomenon of the World Cup bidding process; the bidding process merely amplified just how bad it had become.

I wrote this book for people like me. Those who love football, but also believe in the concept of fair play on and off the field.

The book is being launched in London by Lord David Triesman, former Chairman of the Football Association and the England 2018 bid team and my #NewFIFANow co-founder, and Chairman of the UK Culture, Media and Sport Committee, Damian Collins MP tomorrow (Wednesday 24th January).

There will also be an event in Sydney next month.

You can purchase the book from all good bookstores in paperback format, or online in digital format. It is also offered for sale (but is not available until the week of 5th February) via Fair Play Publishing.

All of the proceeds owed to me as author will be donated to the 'Pararoos' in their fundraising campaign to participate in international competition. I first highlighted this particular campaign in June 2016.

Click here for details of Whatever It Takes: The Inside Story of the FIFA Way at the Amazon UK website.

Images: Bonita Mersiades (top) and her new book (below).