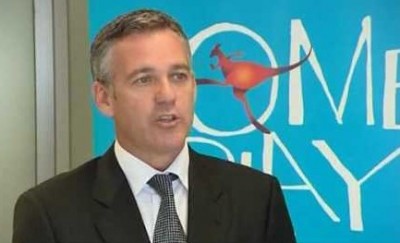 Football Federation Australia (FFA) Chief Executive Ben Buckley says any suggestion his organisation's bid for the 2022 World Cup hasn't been in accordance with FIFA guidelines is "mischievous and unhelpful".

The FFA was responding to claims in Fairfax media that the Federal Government had not been given specific details on the money being spent on their appointed lobbyists.

The story also said the FFA had not been given precise details about grants to overseas football organisations, led by influential FIFA officials.

The report said secret FFA files revealed lobbyists Peter Hargitay and Fedor Radmann could make $11.37 million in fees and bonuses between them, if Australia's World Cup bid was successful.

The report also referred to secret FFA files which show the Government wasn't informed about intentions to give $6.5 million to Asian, African and Oceania football organisations.

"Furthermore, our financial records and reporting for the World Cup Bid are in accordance with our World Cup Bid funding agreement and independently audited.

"Our regular progress reports under this agreement have been transparent and any suggestion otherwise is mischievous and unhelpful."

Federal Sports Minister Kate Ellis says any payments made by the FFA to lobbyists involved in Australia's 2022 World Cup bid would be scrutinised by the Government.

A spokesperson for Minister Ellis told AAP on Wednesday "obviously the way the FFA spends government money is subject to the usual reporting and scrutiny requirements.

"Any evidence to the contrary would be thoroughly investigated by the government, as would any alleged breach of the funding agreement."

Ellis said a bid taskforce was already working alongside the FFA and had been assured by that body the money has been spent appropriately.

The Sydney Morning Herald investigation also revealed an estimated $50,000 had been spent on gifts of pearl necklaces and pearl cufflinks for some of the FIFA executive committee members and their wives.

FIFA's executive committee will meet in December to decide which nations host the 2018 and 2022 World Cup tournaments.

Australia's bid video for the 2022 FIFA World Cup can be seen at www.youtube.com/watch?v=ioIW0ZeONrM