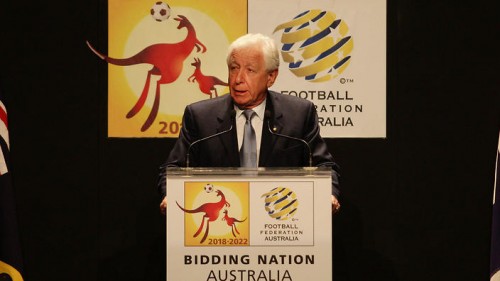 Clubs in the Hyundai A-League are demanding that Football Federation Australia (FFA) opens its books to disclose the financial records surrounding the failed 2022 FIFA World Cup bid, threatening to take football's to court.

Fresh from revelations on Wednesday that the Australian Professional Football Clubs Association (AFPCA) wants to see the FFA’s last three years’ books within seven days, a report from Foxsports shows a copy of a letter, signed by Adelaide United Chairman Greg Griffin, sent to FFA Chairman Steven Lowy, demanding the books and records for the World Cup bid also be disclosed in light of the findings of the Garcia Report in June.

The APFCA’s position is that the leaked findings of the Garcia Report demand further disclosure from the FFA, given some of those involved in the bid process are still involved in the organisation.

The development threatens to overshadow the build-up to the next A-League season, as growing unrest key stakeholders in the game escalates, and with a FIFA/AFC delegation to visit Australia to finally put an end to the protracted talks over the composition of the sport’s expanded congress.

If that is not done by 30th November, FIFA will establish a normalisation committee that will disband the board and mean the end for Lowy’s tenure at the head of the game.

However, this latest demand threatens legal action should the APFCA not be satisfied with the information disclosed by the game’s governing body.

Demanding access to not just the last three years’ records, but the World Cup bid, comes as the clubs continue to lobby for a greater slice of the A-League revenue, with the FFA’s most recent $3.55 million offer not deemed adequate.

Negotiations have been ongoing, with the FFA maintaining that there is nothing to hide and that it has shared the necessary information its Members should require.

The demand in Griffin’s letter is the latest development as tensions rise between the various stakeholders jostling for places in the new-look Congress.

The call to provide details of spending relating to the bid to host the World Cup follows FIFA ethics investigator Michael Garcia’s findings being made public in June, which questioned the use of the FFA funds.

Garcia’s report stated “(there is) strong evidence that FFA made improper payments intended to influence the vote of an executive committee member.”