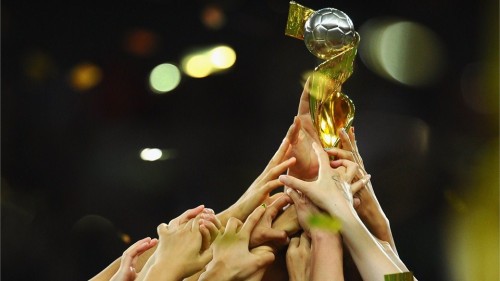 The Football Federation Australia (FFA) is to be backed by the Federal Government in making a bid to host the world’s largest and most prestigious women’s sporting event - the FIFA Women’s World Cup - in 2023.

The announcement was made by the Australian Prime Minister Malcolm Turnbull and FFA Chairman Steven Lowy in Canberra today with the support of the Federal Minster for Sport Greg Hunt and Federal Minister for Women Senator Michaelia Cash.

The Federal Government also announced that its will provide FFA with financial support in the form of initial funding to the value of $1 million with the balance of $4 million to be granted following fulfillment of designated criteria and milestones.

Speaking at the announcement, Lowy outlined the potential of Australia hosting a major FIFA tournament, citing the most recent FIFA Women’s World Cup, in Canada in 2015, which generated total match attendance of 1.35 million and a global television audience of 764 million.

Lowy stated “this is the largest, most prestigious and most competitive contest in a women’s sport globally.

“We want to win the right to host it and then win the tournament itself.”

The Matildas, who are currently ranked eigth in the world and have been ranked as high as fifth, would have a real chance of winning the coveted trophy on home soil.

Loway added “the benefits to Australia are many and varied with major economic impact to the wider community and, most importantly, a massive increase in exposure and investment in Women’s Football.

“A FIFA Women’s World Cup in Australia would inspire a whole new generation of girls and women to take up the biggest participation sport in Australia, for many with the dream of winning the World Cup on home soil.”

“We know that this will be a challenging process, but we believe that we have the expertise and world class facilities to host a fantastic tournament.”

The FIFA Women’s World Cup is the ultimate competition in women’s football and is held every four years. The last tournament was held in Canada in 2015 and the next will be held in 2019 in France.

The 2023 tournament would see 24 teams compete over 52 matches, hosted across a number of locations.