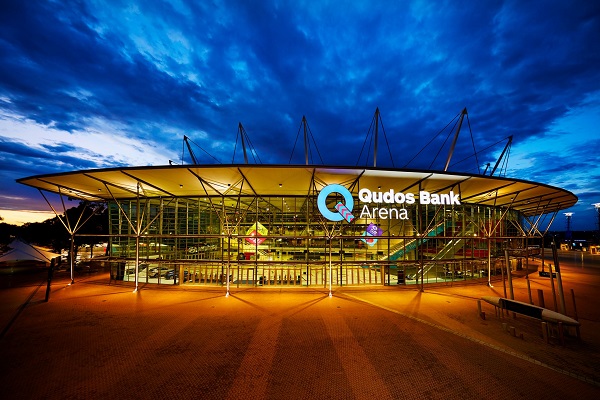 The three capital city arenas managed by ASM Global management in Australia continue to perform well on the world stage, according to the just released Billboard magazine’s “Arena Power List” for 2019.

Sydney’s Qudos Bank Arena was listed the fourth highest grossing in the world for arenas with more than a 15,000 capacity while the Brisbane Entertainment Centre was second and RAC Arena in Perth sixth in the 10,001 to 15,000 capacity category.

Billboard noted that in each live-music year, arenas have always represented the lifeblood of the global concert industry. It also said that Indoor venues accommodating 10,001 or more fans accounted for 40% of total attendance and 46% of total ticket grosses during the 12 month period.

Commenting on the results, General Manager, Steve Hevern said Qudos Bank Arena continued to strive to deliver the best event experience for patrons and guests, advising “these results are a huge achievement for every single Qudos Bank Arena employee.

“We are extremely proud that we can compete with some of the biggest venues around the world - and it’s a testament to challenging ourselves, our partners and tour promoters - to continue to bring the biggest names, the hottest events and the greatest live music to Sydney.”

Advising that 2018/19 had been the best for concerts in five years, Brisbane Entertainment Centre General Manager, Trish McNamara stated “the schedule was highlighted by the return of P!NK who played seven sold out shows, bringing to 32 to the number of performances she has played at the venue since 2004.”

The 15,000 capacity RAC Arena in Perth recorded $34 million for the year which saw eight of the venue’s top 20 highest grossing shows of all time perform.

Adding that said one of the year’s highlights was the venue’s first naming rights deal with RAC, RAC Arena General Manager, Michael Scott noted “another was P!NK’s record for the most tickets sold by a solo performer, including 16,000 visitors from outside of the capital city to attend the show.”