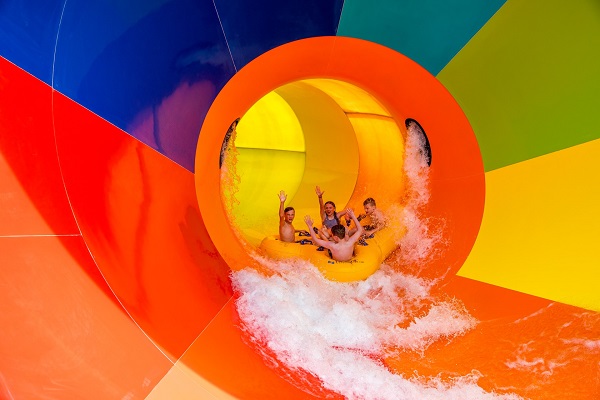 The Bellarine Peninsula attraction has also been bouyed by its recent recogniton as the state's Best Tourist Attraction at the recent 2019 RACV Victorian Tourism Awards.

The $4 million Proslide waterslide is Victoria’s first triple funnel water slide of its size and is only one of two in Australia. Operating since the beginning of last month, it stands 7.5 storeys high and is 172 metres in length, with four guests per raft taken up the slide through three mega funnels.

Featuring high-speed water tunnels and funnels, the waterslide is part of the Adventure Park’s second stage of an $8 million expansion, following the opening of the Tornado waterslide in 2017. 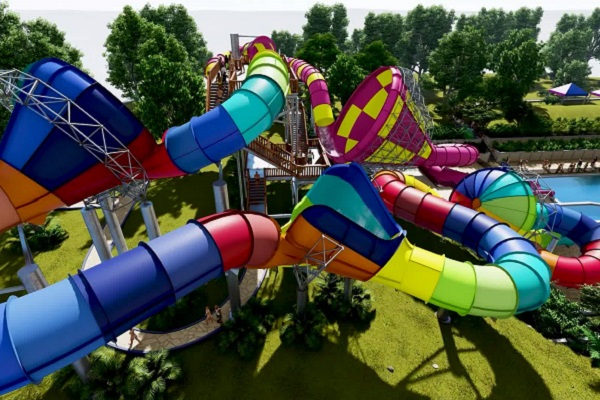 Adventure Park's owners and staff have also welcomed winning the Gold Award in the best tourist attraction category at the 2019 RACV Victorian Tourism Awards held at the Melbourne Convention and Exhibition Centre.

Heading other nominees - Kryal Castle (Silver), Cactus Country (Bronze), Alowyn Gardens and Gumbuya World (finalists) - Adventure Park Managing Director, Carla Salmon stated "this award represents all the hard work that our family and our amazing staff have put in over the years, and it’s only up and up from here.

“With the completion of our massive new waterslide The Tsunami and the launch of our new Christmas Festival of Lights in 2019, this will be our biggest year yet.”

Adventure Park was one of five organisations from across the Geelong and Bellarine region who collected a awards at the RACV event, including five gold trophies as the best in the state in their respective categories. 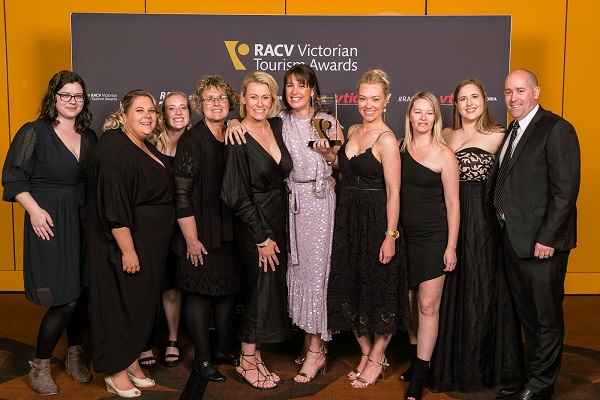 The other winners from the Geelong region were: Tourism Greater Geelong and The Bellarine which won in the Tourism Education and Training and Visitor Information Services categories, Geelong FC/GMHBA Stadium which secured the Business Event Venues gold medal and Novotel Geelong which won the Deluxe Accommodation Prize.

With the region experiencing record visitation and huge growth in tourism-related jobs, Tourism Greater Geelong and The Bellarine Executive Director, Brett Ince stated “to have Adventure Park, Novotel Geelong and Higher Mark with the Geelong Cats ... I can’t remember the last time we’ve been so successful in those categories, so we were very excited on the night to see our main attractions get up in that sense.

“It shows we’ve really grown as a destination in our own right now and over the last five years with all the additional products coming on board, it will be exciting to see what the next five years looks like.”