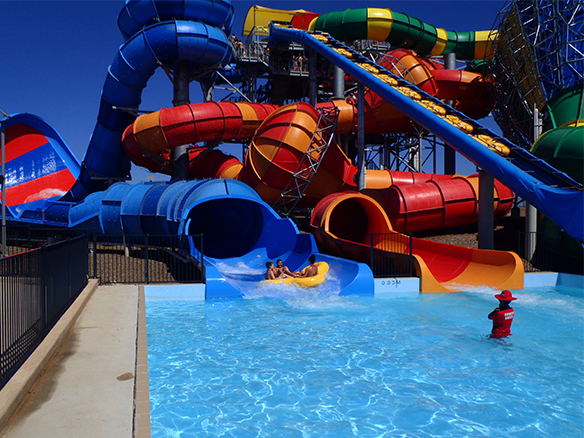 With Wet’n’Wild Sydney having now closed after its highly successful first season, waterslide supplier ProSlide has revealed the innovations that it introduced at the waterpark.

Having supplied 16 of Wet’n'Wild Sydney’s 23 water rides, the Canadian-based company has explained “by all measures, Village Roadshow Wet'n'Wild Sydney's first season was a resounding success.

“Annual passes sold-out in the opening week and the park easily surpassed their attendance targets.

“ProSlide is proud to have contributed to their success!”

ProSlide’s installations at the waterpark include:

The Bombora/T5/Tantrum – a complex is built around the world's ProSlide’s signature Tornado ride that includes:

• Tantrum: A ProSlide hybrid ride with three Tornadoo 24's in one ride path

• Riptide: An enclosed Mammoth ride that opens up to an exciting TurboMammoth™ run-out 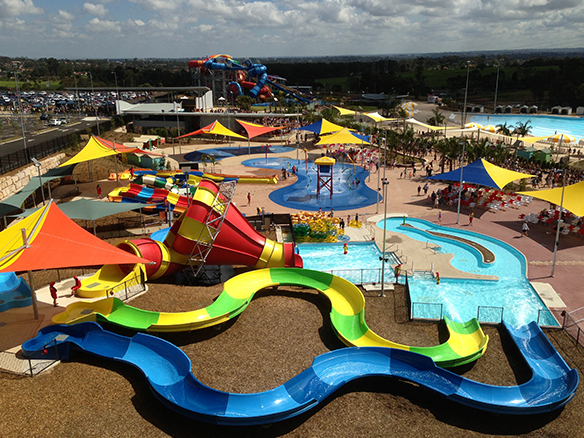 Another key addition to the park is the Wet'n'Wild Junior area with pint-sized versions of our iconic rides. The world's first Kidz Bowl™, the Kidz Tornado™ 24, Kidz ProRacer™, Kidz Pipeline™ and  Kidz Twister™ were instant hits with the younger crowd.

“They created complexes that are unique to us and that deliver huge capacities and impact."

The ride had debuted at Yas Waterworld Abu Dhabi in early 2013 and was immediately among the waterpark’s most popular rides.

Click here to find out more about ProSlide’s attractions at Wet'n'Wild Sydney.