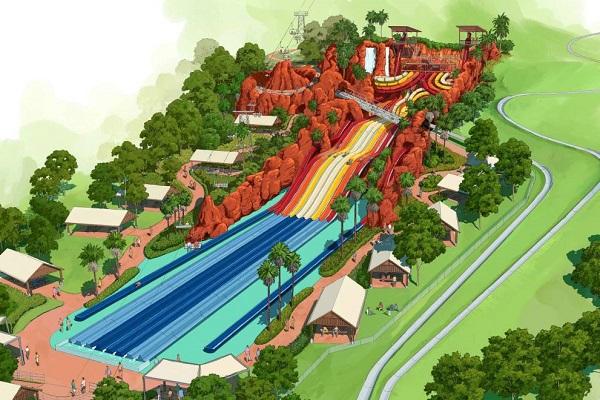 The water theme park has lodged a development application has been lodged with Kiama Council for construction of the waterslide, Grand Gorge Falls, and Koala Kove play area.

The Grand Gorge Falls would have eight individual slides, and a further two "multibump" slides - extending approximately 30 metres from the base to the top.

It will take the place of the ageing Splash Out waterslide which was built in the early 1980s, as well as a small children's octopus play pool.

Designed by Queensland architect Alan Griffith, the ride will have an overall length of approximately 160 metres and an elevational drop of 21.59 metres.

The Falls also incorporates two "multibump speed slides" which take off from a "Skybox vertical launch" platform, through the gorge rock strata to the splash down on each side of the Octokraken Racer.

Jamberoo’s existing bobsled track is to be incorporated in the development with plans for it to run through the middle of the attraction with a specially built tunnel.

Both the Falls and Koala Kove will have an "Australian outback theme" and a layout to complement the existing landscape, according to the development application.

With Jamberoo’s owners the Eddy family have undertaken ongoing investment in the attraction since it opened in the 1980s, their investment in the new waterslide and playground is estimated to cost between $6,615,000 and $7,500,000. 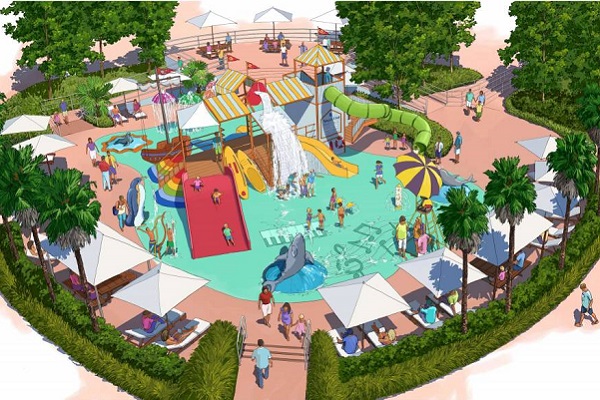 Jamberoo General Manager Matt George said despite a new application before council for the Grand Gorge Falls and Koala Kove, the next 10 years would see more and more additions.

George told the Illawarra Mercury this week “it's important (to keep reinvesting) in our industry, it's a capital intensive industry (and) continue to update the experience guests get in the Park."

Confident the new features will increase visitation to Jamberoo, George added “we're conscious we want to look after all demographics who come the park, that's why as part of the DA we put in the higher adrenaline ride with the two sky drops.

"(Then we’ve) also got the aqua play structure ... and plenty of shade and shelter around the area it will be a great precinct for families."

George hoped construction on the new Grand Gorge Falls and Koala Kove would begin as soon as possible for completion by summer of 2020/21, concluding “we appreciate the support we've got thus far by Kiama Council and hopefully this will do wonders for the region's tourism as well.”

This is the 40,000th news item posted on this website.