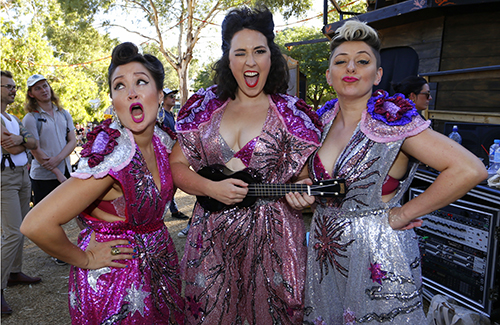 The 2019 Adelaide Fringe has broken its box office record selling an impressive 825,000 tickets worth $19.4 million, representing a 17% increase on last year and the biggest boost in recent years.

Organisers say the diversity and accessibility of the program’s 1326 events, along with great weather, a rising number of visitors and the introduction of e-ticketing, contributed to the record-breaking ticket sales.

Adelaide Fringe Director and Chief Executive Heather Croall, who oversaw her fourth Fringe this year, said she was particularly impressed with the calibre of events in this year’s festival and the level of support from the general public.

Croall advised “the buzz around Adelaide has been absolutely electric and we are just blown away with what we’ve been able to achieve this year, from record-breaking ticket sales and improving accessibility to putting on one of the biggest celebrations of Indigenous culture that this city has ever seen.

“We’re so proud of this year’s program and the reaction from audiences. It’s been really inspiring to see so many artists pushing boundaries and presenting ground-breaking work that people who otherwise feel marginalised can relate to.” 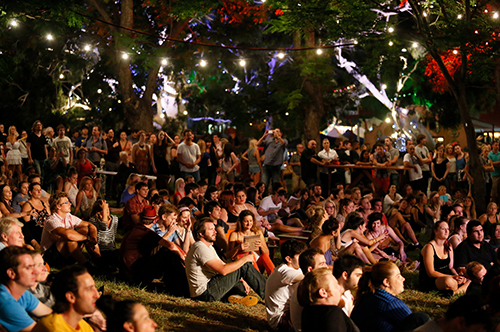 With smaller venues made up 50% of ticket sales while the three major outdoor hubs (the Garden of Unearthly Delights, Gluttony and RCC Fringe) had the remaining 50%, Croall added that “one of the many reasons our festival is so unique is the way Fringe venues big and small, from RCC Fringe to the GC at Grand Central, pop up all over Adelaide’s CBD, suburbs and regional SA.”

Following the success of last year, Adelaide Fringe has again removed inside charges for tickets under $35 and halved the inside charge for all others, resulting in an amazing $17.5 million in box office settlements paid out to Fringe artists and venues. This is an injection into the arts direct from artists to audiences.

Adelaide Fringe also continued to improve on its accessibility initiatives, which this year included partnerships with Deaf Can:Do and the Royal Society for the Blind along with the appointment of a Diversity and Access Co-ordinator.

The 2019 Fringe on Tour saw Fringe performers pop up in IKEA Adelaide and Murray Bridge for the first time in addition to Port Adelaide, Rundle Mall, Adelaide Airport, Westfield shopping centres and as far away as Port Augusta (Desert Fringe).

Both in their third year, Fringe Mount Gambier and uneARTh Festival Whyalla Fringe are still on their way from 22nd to 31st March and 18th to 21st April respectively.

Adelaide Fringe Board Chair David Minear said the 2019 Adelaide Fringe owed its success to the hard work of artists, venues, staff and volunteers along with the support of its audiences and corporate and government partners, advising "so many people own this wonderful success. Of course, it starts with our talented and hard-working artists, unique venues and the dedicated Fringe team.

“A close second are the people of South Australia who whole-heartedly embrace all that the Adelaide Fringe has to offer year after year. This is indeed ‘the people’s festival’. We are also blessed to have such strong corporate support and also from the State Government. Our success is also their success.”

Continued support from Principal Partner BankSA saw Fringe-goers take advantage of BankSA’s Support Act program, which has seen more than 800 tickets sold to shows by independent and emerging artists by subsidising ticket prices to the public. 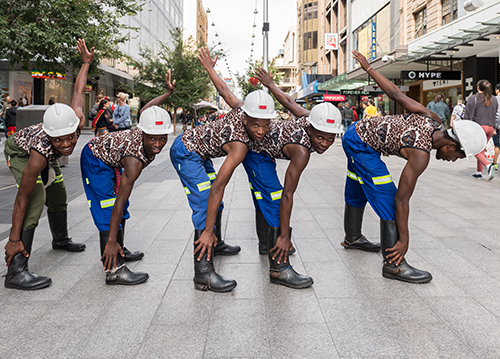 BankSA Chief Executive Nick Reade said Adelaide Fringe’s positive impact on South Australian businesses was one of the many reasons that BankSA was proud to have partnered with the festival for the past 14 years.

“It’s been amazing to see Adelaide come alive for the Fringe season and so many people supporting the Fringe – especially BankSA customers, who have enjoyed a wide range of benefits, such as 25% discount off selected shows, priority access and other exclusive deals.

“I’m anticipating that the record-breaking ticket sales will have translated into a significant economic boost for our state when Adelaide Fringe releases its Annual Review results later this year.”

Next year’s Adelaide Fringe will see the festival celebrate its 60th anniversary after first being held in 1960.

Adelaide Fringe also recently announced that next year’s festival would host the Fringe World Congress, for which directors and delegates from more than 100 Fringe-style arts festivals around the world would converge on Adelaide.

The 2020 Adelaide Fringe will run from 14th February to 15th March.

Adelaide Fringe revealed the overall winners of the 2019 BankSA Fringe Awards during a ceremony at Plant 4 Bowden last night.

For more information go to adelaidefringe.com.au/2019-banksa-fringe-award-winners

2019 FRINGE FACTS
• 2019 Adelaide Fringe featured more than 7000 artists, 1326 events and 517 venue spaces
• The program included 340 comedy shows, 276 music events, 156 theatre productions, 135 cabaret shows, 86 visual arts and design exhibitions, 77 children’s events, 75 special events, 52 circus/physical theatre events, 36 dance acts, 46 interactive events, 25 magic shows and 10 film and digital events
• Expected ticket sales of 825,000– an increase of 17%on last year
• This year’s Ambassadors were award-winning comedian Judith Lucy, international cabaret star Hans and AFL legend turned visual artist Gavin Wanganeen
• The Street Art Explosion program saw two new works commissioned for this year’s festival bringing the total number to 34
• Adelaide Fringe produced 13 special free events, including Tindo Utpurndee – Sunset Ceremony, Yabarra: Gathering of Light, Street Art Explosion and the Fringe on Tour
• More than 100 new venues took a chance on the Fringe for the first time, while many existing venues have grown and reinvented themselves in a number of ways. Shows popped up in all sorts of quirky places – from a hot air balloon and a boat to a swimming pool and a caravan park
• More than 50,000 people gathered along War Memorial Drive and the banks of the River Torrens near the University of Adelaide footbridge on Friday, 15th February, for the Opening Night celebrations including 20,000 who attended Tindo Utpundee – Sunset Ceremony. More than 200,000 have viewed the Yabarra: Gathering of Light projections since Opening Night
• More than 240 festival directors and arts venue presenters from 25 countries participated in Honey Pot, an arts marketplace where directors buy artists’ shows for their festivals.
• The Adelaide Fringe is the largest annual arts festival in the Southern Hemisphere and the second-largest Fringe in the world behind Edinburgh