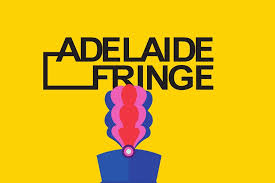 More interstate and overseas visitors came to Adelaide for this year's Fringe festival than in previous years, which delivered South Australia more than $68.8 million in economic benefits.

Announcing the figures, Fringe Chairman David Minear stated that he was delighted to see a significant increase in visitor numbers to an event already well-supported by locals.

Minear told the ABC "it's up quite significantly, it's almost 7 or 8% (higher) and our aim is to be regarded as the best fringe in the world.

"These sorts of numbers can echo around the world to other fringes, other festivals and underline just exactly what has been achieved in 2015."

Minear expressed confidence the Fringe, now an annual festival and longer than previous events, had room for further growth in the next few years.

He added "the people of South Australia will tell us if we get too big.

"We're very mindful of the situation of our audiences and I think our growth in the future will probably come from more interstate and overseas [visitors]."

Fringe organisers said in March, when the festival ended, that ticket sales had jumped by 21% on the year before and nearly 541,000 people went to shows during the four weeks.

Greg Clarke directed his fifth and final Fringe this year and that role is now being taken over by Heather Croall, an international documentary festival director and producer.

Born in England but raised at Whyalla in regional South Australia, Croall is returning from England where she has been Director and Chief Executive of the Sheffield International Documentary Festival since 2006.