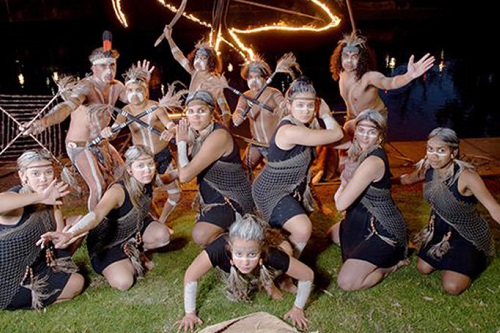 The 2019 Adelaide Fringe is to add another dimension to the city’s annual festival season with a cultural and visual spectacular of Aboriginal storytelling.

Set to run across each night of Adelaide’s famed Fringe festival in February and March next year, the interactive project will illuminate grasslands, paths and reeds alongside Karrawirra Parri (the River Torrens).

The Yabarra: Gathering of Light walking trail will replace the popular digital projections on buildings along the city’s historic North Terrace, highlighting the festival’s commitment to respecting the Kaurna, the traditional custodians of the land.

Adelaide Fringe Chairman David Minear said the change of scenery and style matched closely with the values held by the festival, commenting “it’s important to be constantly creatively evolving what we do and bringing new experiences.

“This exhibition is a great way of bringing to life and respecting the Kaurna people’ ongoing spiritual connection to the land, their history and their culture in a way that people can jump into, see, experience, hear and feel, and the educate through that expression.”

Minear said the new display was a very different sort of expression, than the North Terrace light show, which attracted more than 100,000 visitors on opening night last year and upwards of 500,000 during the month-long Fringe.

Minear stated “we’ve got birds on branches, fish jumping out of the river, faces on paths telling their stories, but its just a different feel. If North Terrace was colourful, alive and light, this one’s going to be colourful and alive but in another way, more enticing and a bit educational as you go along.”

Minear said that Yabarra is the culmination of many years of the festival’s association with the Kaurna people, adding “if we can get anywhere near the numbers we had along North Terrace this year to come and experience it, then I think everyone will be better for that experience.

“Everyone will feel and know a little more about what the Kaurna history and connection to the land is all about and that’s the real plus.

Karl Telfer, the Senior Kaurna Custodian of Ceremony, is the Cultural Creative Producer of the work and is known for his ability as an artist, director and performer.

Telfer concluded “the river holds great cultural meaning of time and how it comes to life.

“The riverbank trail will offer interactive points to share the knowledge of the seasons through a changing sensory experience that creates ways of understanding this place – how the stars, clouds, winds, seas, burning off and waters change over the years.”

The South Australian capital is hosting multiple exhibitions of Indigenous culture in the next few months.

The Adelaide Festival Centre is showing Our Mob, a free showcase of South Australian Aboriginal artwork. Now in its 13th year, the exhibit runs from 1st September to 14th October.

The Tarnanthi Art Fair takes place at the Tandanya National Aboriginal Cultural Institute on the weekend of 26th October, coinciding with the Art Gallery’s launch of John Mawurndjul: I Am the Old and the New, a three-month exhibition of the famed contemporary Indigenous artist’s work.

Image: Australian Indigenous culture will be showcased along the Torrens Riverbank at the 2019 Adelaide Fringe. Courtesy of Naomi Jellicoe Photography.