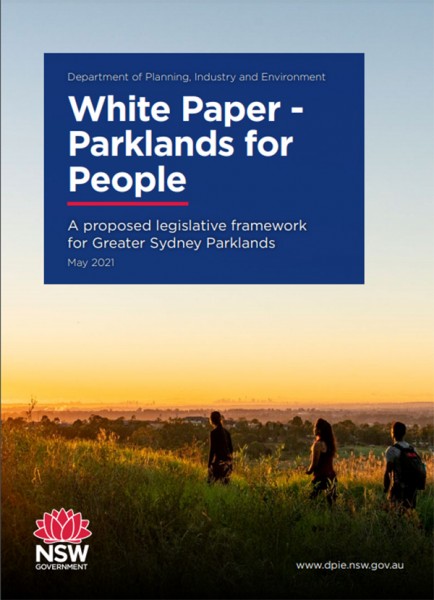 New proposed legislation from the NSW Government aims to deliver added protection for Greater Sydney parks - expanding and conserving the city’s precious green spaces, and giving communities a stronger voice, as part of a 50-year vision.

The white paper proposes a new Greater Sydney Parklands Trust to act as a city-wide champion for existing and future parks.

In releasing the white paper on the new framework for public consultation, NSW Minister for Planning and Public Spaces Rob Stokes notes “as the first NSW Minister for Public Spaces, I am driven by the once-in-a-generation opportunity to make parks and public spaces as important as the roads, trains and light rail that move our people around.

“Parks are for everyone, no matter where you live, and we need to shift our way of managing individual parks to a model that benefits Greater Sydney as a whole.

“How we collectively run these parklands is crucial. We need the right focus for community participation, governance, funding, and operating frameworks, along with strong and enduring funding streams, to deliver on the ambitions of our 50-Year vision for Sydney’s parklands.”

The Greater Sydney Parklands (GSP) is currently the umbrella agency for Sydney’s most iconic parks – Centennial and Moore parks, Callan Park, Western Sydney Parklands, Fernhill Estate, and Parramatta Park which cover more than 6,000 hectares and are visited by more than 40 million people each year.

Minister Stokes said the white paper maps a pathway for Greater Sydney Parklands legislation that would strengthen protections for Sydney’s most iconic parklands by unilaterally prohibiting their sale; introducing new limits on commercial activities; developing a sustainable funding model to last generations, and giving communities a stronger voice in their future. Since the GSP was established in July 2020, it has:

Minister Stokes added “we are being open and transparent about this process. The white paper will be on exhibition for six weeks and we are keen to hear what the community has to say."