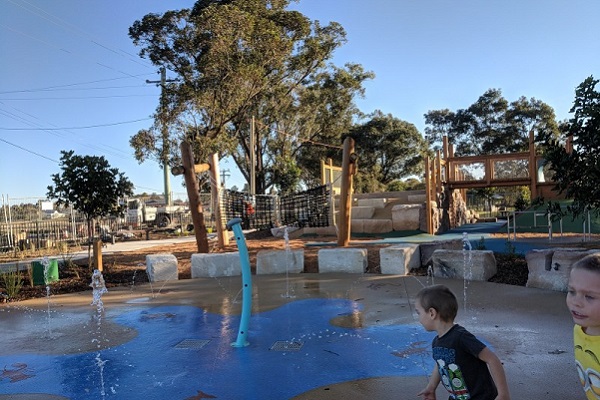 The NSW Government has announced funds for parks and play areas with commitments to increase green open space throughout Greater Sydney and new funding to construct and upgrade play spaces that ensure inclusivity.

Under a $4 million commitment to help local councils fund new public spaces NSW Minister for Planning and Public Spaces Rob Stokes has said 12 councils will receive, and then match, funding to deliver new and improved pedestrian and cycle pathways, parks and open spaces as part of the Metropolitan Greenspace Program.

Minister Stokes advised “this program is the State’s longest running open space grants program that has backed councils to deliver hundreds of great projects since 1983.

“Our vision is to create a city within a park and one way to do that is to improve the connectivity between green space. These type of projects allow us to do that.”

This latest round will help deliver:

Funding for Inclusive Play Spaces
Councils will also share $7 million in NSW Government funding to construct and upgrade play spaces that ensure inclusivity, with half the money being awarded to regional projects.

Explaining that regional NSW councils will benefit from over $3.65 million in funding for 15 new projects and six upgraded play spaces in round three of the Everyone Can Play grants program, Minister Stokes noted “this is a wonderful program and in this round we focused on communities affected by the recent devastating bushfires and drought.

“As a result, more than 60% of successful applicants are from regional NSW.

“Great public spaces are essential infrastructure for any city or town, particularly in communities that have experienced recent hardship and heartache.

“These inclusive play spaces will be focal points for rebuilding these communities as well as public spaces where people of all ages and ability can come and play.” 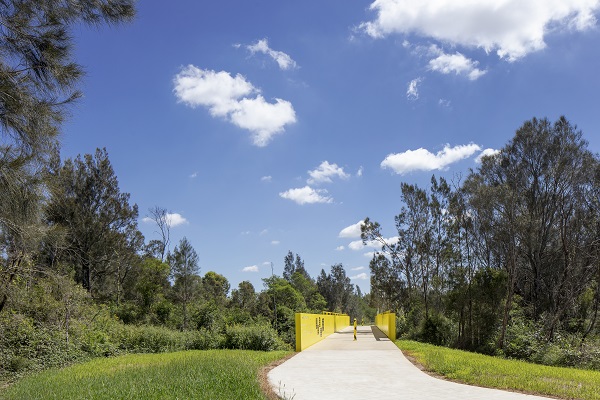 A summary of this round of grants for new play spaces includes:

The 37 successful projects in the third round follows 71 play space projects already funded with $8 million worth of grants. The Everyone Can Play program was established in 2018 as part of the $290 million Open Spaces and Greener Sydney package. The NSW Government has committed $20 million over five years to creating inclusive play spaces.

The works include a landmark yellow crossing over the Easten Creek, known as the Northern Bridge, connecting to the 2.3 kilometre Hearts Crossing Loop, which is part of the wider 60 kilometre km Western Sydney Parklands walking and cycling network.

Fitzgerald added “the 200-hectare Bungarribee Park is the largest recreational space to be created in Sydney since the construction of Bicentennial Park.

“This is the realisation of the Bungarribee Park Masterplan, transforming empty paddocks into award-winning world-class green open space.”

The NSW Government has invested $20 million in Bungarribee Park to date.