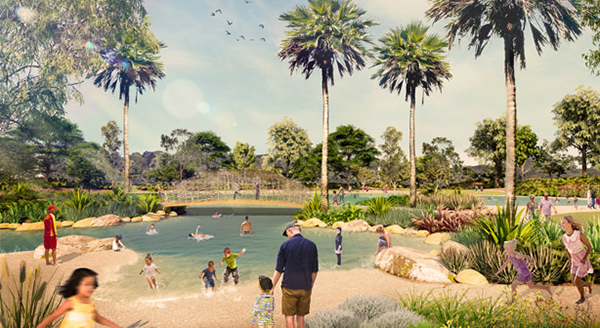 Campbelltown City Council has advised that their resolution to invest an additional $12.25 million into the development of the Campbelltown Billabong Parklands allows planning adjustment to deliver the complete vision of the water play space and parkland area when it is complete in June 2022.

At last night’s meeting, Council resolved to invest the additional $12.25 million to include state-of-the-art pool operating systems as well as bring forward landscaping and cultural elements that will increase the appeal and functionality of the regional parkland.

The funding has been made available from Council’s unrestricted reserves and will be repaid over a six year period. 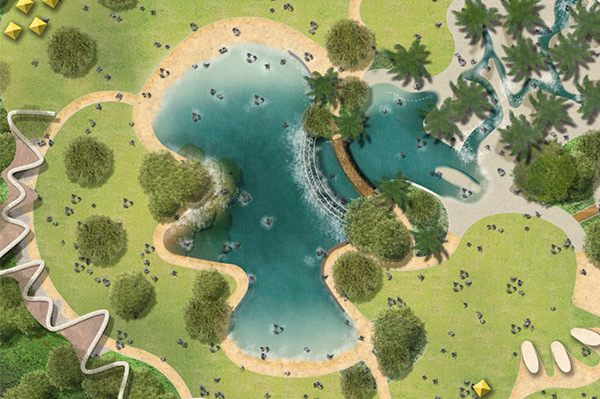 Features of the Billabong Parklands include a two metre deep lagoon, a children’s pool, and a zero-depth water play area with a range of interactive water elements, open spaces and native tree plantings.

The enhancements include improved and more efficient filtration and pump systems to each section of the pools, extensive integrated art that represents the Campbelltown community and Aboriginal culture, enhanced landscape features and services ready for the provision of any commercial opportunities in the future.

Campbelltown Mayor George Brticevic advised “there has been a palpable sense of excitement in our community for this public facility that will be integral in the transformation of our city centre and toward realising our Reimagining Campbelltown City Centre Master Plan.

“Throughout the community consultation and concept design process we’ve heard our residents’ expectations and this additional funding will ensure those are realised from the day the parklands open and will future-proof the site so that the facility is a real success.

“By doing this work now, we are able to save money in the long-term and minimise future disruptions so that people are able to enjoy the space to its full potential from the day it opens and well into the future.”

The billabong parklands is funded by Council and the NSW Government and Federal Government through the Western Sydney City Deal Liveability Fund, now to a total value of $31 million.

Construction on the project began in June and is expected to be complete by June 2022.