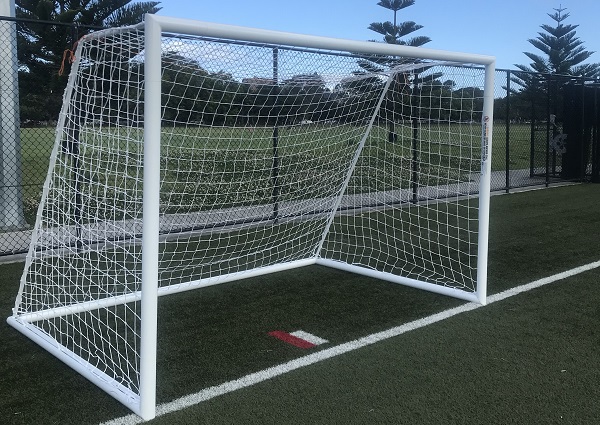 A set of Abel Sports portable futsal goals won by Centennial Parklands Director Sports and Recreation, Carla Armanet, at this year’s National Sports Convention are being put to good use in their new setting.

The futsal goals where set up in the Activation Area at the National Sports Convention in Melbourne in July, with visitors invited to shoot for goal and then leave their Business Cards in the Entry Box.

The goals are now being put to good use at the Centennial Parklands Sports Centre were according to Venue Manager, Ben Fisher they are “a big hit’ with the local futsal Teams.

Find out more at centennialparklands.com.au/sports