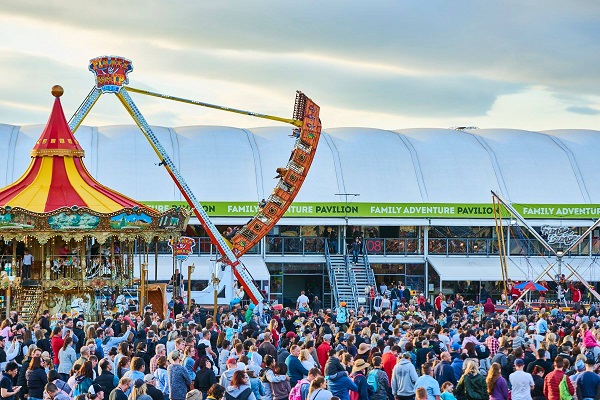 The 2019 Royal Melbourne Show has opened today following the highest number of pre purchased tickets ever sold for the annual event.

With a 30% increase in website traffic and an additional 500,000 website views secured in the last week, organisers the Royal Agricultural Society of Victoria (RASV) are hoping that this year's Show will be the biggest ever.

Commenting on the record pre sales, RASV Chief Executive Paul Guerra stated "the Royal Melbourne Show is Victoria's largest and most iconic annual community event and is all new in 2019 with a bigger line up than ever before."

“We are thrilled to see Victoria respond so well to the all new line up and take advantage of the great value online discounts for admission tickets and rides.

“The record presales would not be possible without the Royal Melbourne Show’s official ticketing partner Zoonga through managing the high volume of traffic on the ticket website particularly last night, and we thank the team of their support.”

Two carnival rides banned from the recent Royal Adelaide Show have been installed at the Flemington Showgrounds.

The rides, known as The Beast pendulum ride and Extreme spinning ride - along with two others, were banned from the Royal Adelaide Show for not having an extra safety mechanism that is not a requirement in Victoria.

At the time of the ban industry operators and Australian Amusement, Leisure and Recreation Association (AALARA) were unimpressed at SafeWork SA's actions.

Advising that he is “very comfortable” with the safety standards the Show sets, Guerra told Melbourne newspaper The Age “WorkSafe Victoria sign off on all the rides, and these are the same rides that have operated at shows in Sydney and Brisbane." 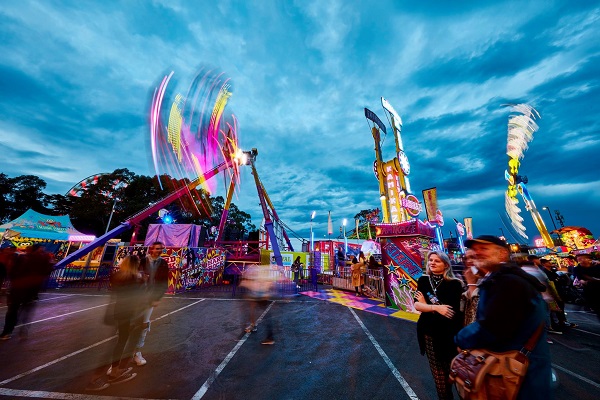 He said the Royal Melbourne Show and WorkSafe Victoria both inspected the rides and each is checked daily.

Owner and operator of The Beast Jamie Pickett said despite his ride not being allowed to run in South Australia due to “compliance issues”, there were no issues with running the ride in other states.

Pickett advised "it complies in Victoria, it’s 100% compliant, we’ve just had the engineer inspect it today."

He said his other rides at the show - SkyFlyer, Euroslide and Dragon Castle - were also compliant with WorkSafe Victoria standards and have operated in South Australia.

A WorkSafe Victoria spokesman said 20 of their inspectors check every ride at the show before it starts to make sure they comply with Victorian safety regulations.

As a result of the Royal Adelaide Show ban, AALARA President Shane McGrath said the Association had consulted with world-leading experts in ride safety and found South Australia’s legislation was “out of sync” with the rest of the world.

McGrath advised “what AALARA is wanting to do is put in a submission to Australian Standards by the end of the month, which will be a proposal to review the clause in South Australia, supported by engineers, regulators and ride manufacturers throughout Australia."

WorkSafe inspectors have checked all the amusement rides before today and will be on site to ensure staff and patrons are safe for the duration of the Show.

Images of the 2018 Royal Melbourne Show courtesy of the Royal Agricultural Society of Victoria.