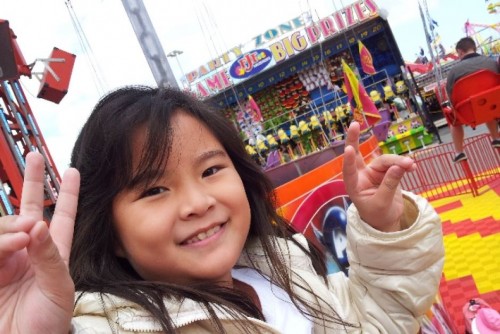 The wide-ranging powers invested in South Australia's workplace safety inspectors put them at "significant risk of corruption, including bribery and coercion", according to a lawyer assisting the South Australian Independent Commissioner Against Corruption (ICAC).

Lander told the hearing he initiated the evaluation after receiving a series of complaints and reports about the agency since his office was established.

Last month, the Commissioner launched a separate investigation into SafeWork SA after it dropped charges relating to the death of 8-year-old Adelene Leong of a ride at the Royal Adelaide Show.

As reported by the ABC, Lander advised "each of the complaints and reports have of course been dealt with on their merits.

"But the totality of the complaints and reports led me to think that it has become necessary to consider the wider context in which SafeWork SA conducts its business and, in particular, how it guards against the risks of corruption, misconduct and maladministration," Mr Lander said.

The hearing follows a commitment by the new South Australian Government to hold open ICAC hearings, and a request from Lander for more money to facilitate this.

Counsel Assisting the commissioner, Holly Stanley told the hearing that the executive director of SafeWork SA and the organisation's inspectors had dual roles: to both help workplaces comply with the law and to police the law.

She said SafeWork inspectors had broad powers to enter any workplace without notice, advising "once on site, an inspector has near unfettered power to ensure compliance, including inspecting and examining any aspect of the workplace, conducting tests, making recordings or requesting interviews with those at the workplace who must comply with that request."

Counsel Assisting told the hearing that individual inspectors can prosecute cases, which can result in fines of up to $3 million for corporations, and terms of imprisonment of up to five years.

She added "an inspector may, in the course of their duties, investigate contraventions of the act by right-of-entry permit holders, whilst at the same time working with unions as a stakeholder in the overall desire to protect workers health and safety.

"In practice, this means that the highly discretionary powers given to an individual inspector are often used in circumstances where there are competing pressures and vested interests at play.

"It is generally accepted, where such a significant regulatory powers are invested in individuals, and where the consequences of a regulatory decision can be significant for both businesses and workers, those individuals are at significant risk of corruption, including bribery and coercion.

"It is therefore important that those risks are acknowledged and properly managed."

Commissioner Lander stressed the public evaluation was not an investigation into individual conduct, corruption, misconduct or maladministration, stating "if during the course of the evaluation process I unearth evidence that raises a suspicion of corruption, misconduct or maladministration, then those matters will be dealt with separately and in accordance with the ICAC act."

The Commissioner called for the public to make submissions, and indicated most would be published on the ICAC website.

Once ICAC's evaluation is complete, the Commissioner will prepare a report for the South Australian Parliament.

Image: Adelene Leong died after being flung from a ride at the Royal Adelaide Show in 2014. (Courtesy of SA Police)