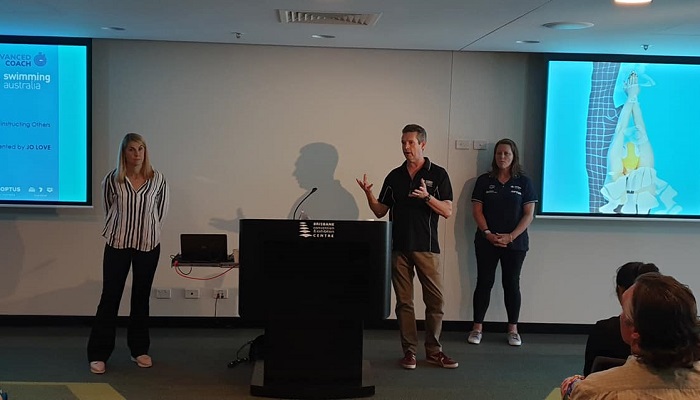 With the theme of ‘Fuelling the Passion’ for its national and international delegation of swim coaches, teachers and swim schoolers, the 2019 Australian Swimming Coaches and Teachers Association (ASCTA) Convention has opened today at the Brisbane Convention and Exhibition Centre.

Being held until Sunday (5th May), the format of the Convention sees it split into two days of practical courses and workshops (today and Friday), while Saturday and Sunday will comprise the onsite coaching, teaching and swim school streams including workshops, lectures and panels.

Looking forward to the event, an ASCTA spokesperson advised “we’ve assembled a dynamic line-up of presenters to lead our courses and professional development sessions including international speakers such as acclaimed US coach and head coach of the USA women’s team at the Beijing Olympics, Jack Bauerle and Paris Jacobs, Chief Operations Officer at American Swim Coaches Association (ASCA).

“(Attendance at the Convention for delegates is) an investment in your own education (and) one of the wisest investments you can ever make.

“We are looking forward to bringing our swimming community together for a weekend of celebration, education and networking opportunities.”

The ASCTA Convention also includes a range of social events including the Awards Gala Dinner on Saturday 4th May at which the Swim Australia Awards are presented.

For more information on the ASCTA Convention click here for details in the Australasian Leisure Management industry Calendar.

Image: The Instructing Others elective for Advanced and Performance Coaching led by Joanne Love roday at the ASCTA Convention.